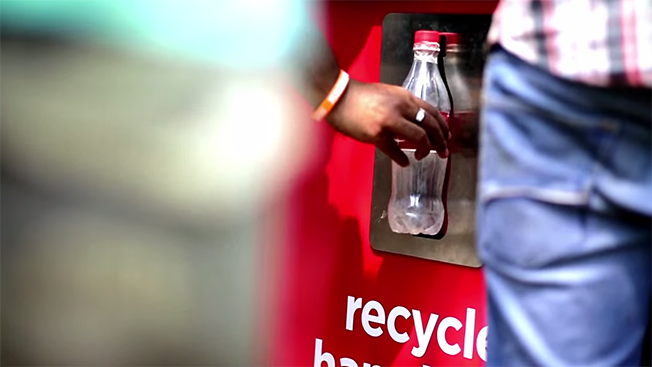 Would more people recycle if the process were actually fun? Coca-Cola and agency Grey Dhaka tried to answer that question by placing six "Happiness Arcade" machines around Dhaka, Bangladesh.

But these aren't just your run-of-the-mill video games. Unlike 2010's "Happiness Machines" these do not vend the soft drink itself; instead they work the opposite way, accepting empty soda bottles and rewarding the user with a turn playing a Pong-like game.

As you can see in the video below, the stunt drew quite a crowd, despite the relatively simplistic game. (I mean, when was the last time Pong made you grab a grown man and lift him off the ground in celebration?)

All told, the project collected thousands of bottles at six locations, which might not have a huge impact itself on a place as populous as Bangladesh, but the brand believes the effort helped by "making a case for recycling one game at a time."

Via Gizmodo and Design Taxi.

UPDATE: Some commenters have noted the idea is similar to Volkswagen's "Bottle Bank Arcade" created by DDB Stockholm in 2009. Here's how that one worked: