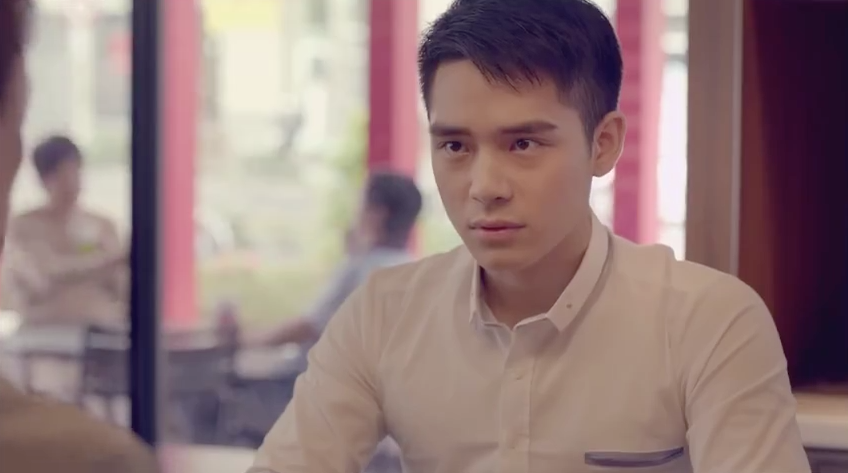 A new, gay-friendly McDonald's McCafé ad in Taiwan has predictably stirred up opposition from local religious groups, who are demanding a boycott.

The ad, by Leo Burnett, shows a boy coming out to his father by writing it on a McCafé cup—and his father seeming to react poorly, at least at first. (Because until Denny's expands to Taiwan, McCafé has to be the place where people have difficult talks.)

The Alliance of Taiwan Religious Groups for the Protection of Family is leading the incitement to boycott. "Even if you want to just take a leak at a McDonald's bathroom, you can't help but feel polluted," a rep from the Alliance told local media. (What an odd thing to say to the press.) The rep also accused McDonald's of "openly promoting gay issues" and miseducating children on sexual behavior.

You hear that, Mickey D's? Stick to miseducating children on nutrition.

Taiwan's Ministry of Justice found that nearly 60 percent of respondents to a poll approve of same-sex marriage, and Taiwan in general is on the forefront of protection of LGBT rights. In a campaign video late last year, President-elect Tsai Ing-wen said, "In the face of love, everyone is equal. Let everyone have the freedom to love and to pursue their happiness."

Seven Taiwan cities already accept household registrations of same-sex couples. Taiwan may well be first nation in Asia to legalize gay marriage, if it can successfully overcome opposition from a vocal but influential Christian minority.

McDonald's has been on the forefront of gay-friendly marketing in several countries, having aired this somewhat similar French spot in 2010 (though the boy there didn't feel as comfortable clueing his father in).

Also worth noting: Since they're drinking coffee, the tagline, "Let there be more warmth in conversations," is something of a pun—which is far more deserving of fundamentalist rage than anything else in this ad.