Are You an Asshole? It’s a Question All Creatives Should Ask Themselves

It's the worst thing you can be. Right? 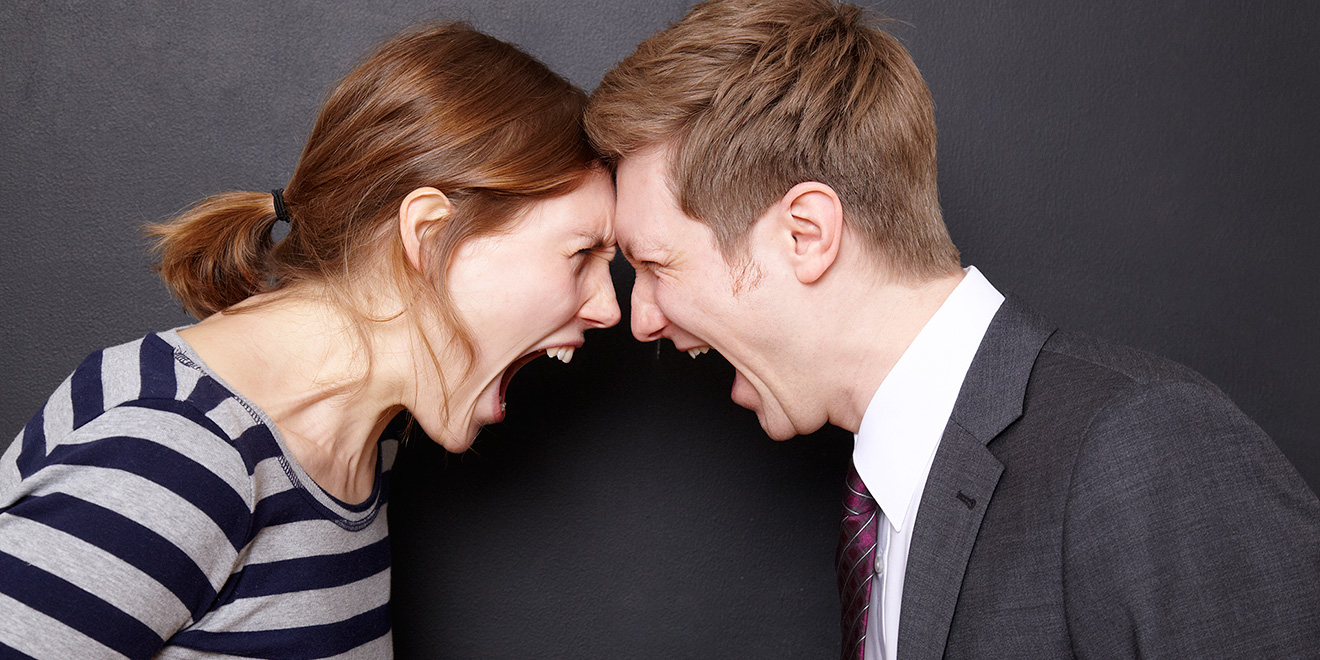 The following essay, by Gyro executive creative director Kash Sree, has been adapted from a presentation he gave at Advertising Week, part of the Creative Shorts series.

I’ve been thinking about things lately. And I’ve been asking myself some difficult questions.

Namely: Am I an asshole?

Because that’s the worst thing you can possibly be, right? Especially when you increasingly see companies saying they have a “No asshole policy.”

And what is an asshole, exactly? I mean, beyond the anatomical.

And just about every creative I know.

Someone once told me that Jeff Goodby had wondered how Wieden could get the best out of the worst assholes who had left Goodby. It’s like Wieden knows something the rest of the industry doesn’t. A secret that, once understood, changes how you deal with creative types.

And here’s the secret. All creatives are crazy. In different ways and to different degrees. But once you understand that, it’s easier to get the best out of them. 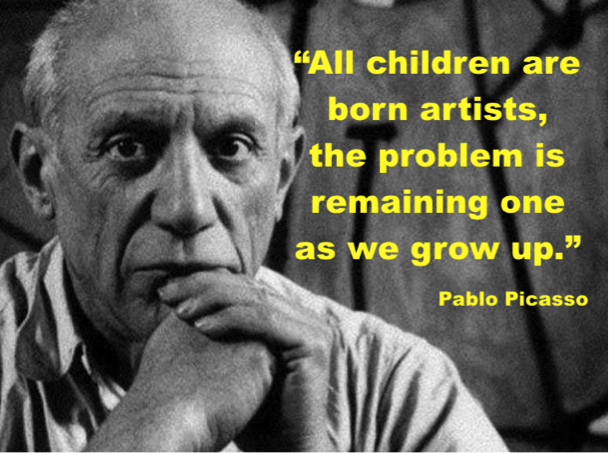 Jamie Barrett is a great guy, but also an asshole. I remember the first ad Andy Fackrell and I did for Nike. The client reasonably asked for a line of copy explaining the attributes of the product. Jamie flat-out said no, and we thought, “Wow. We can say no!?” 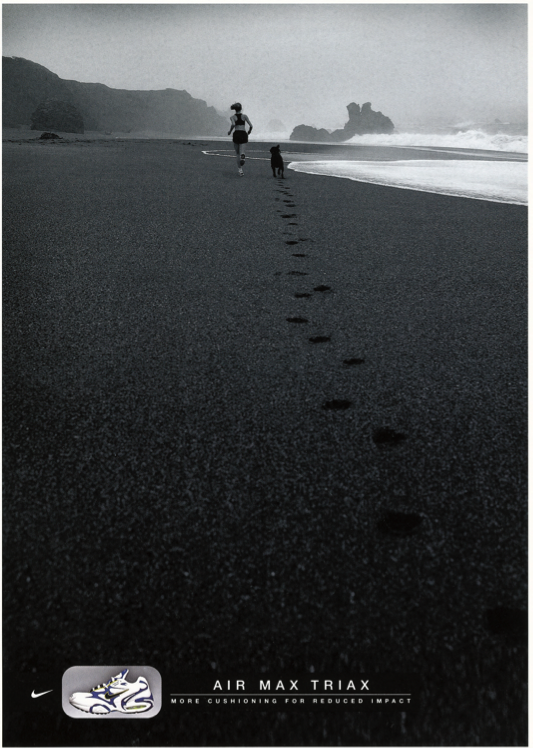 Chuck McBride told us, “Don’t be afraid to get fired.” What kind of an asshole gives you advice like that?

Jim Riswold is an asshole (on many levels). He refused to comply with anyone. Even cancer. He gave us permission to fail. But if we were going to fail, don’t half fail. Fail big. Fail harder. 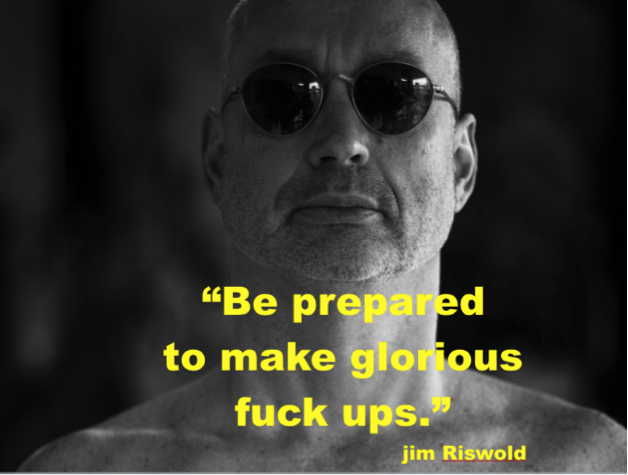 Dan Wieden is one of the nicest people you’ll ever meet, but that doesn’t mean he isn’t an asshole. Remember, Dan is a big proponent of chaos theory. He even said, “If things are running too smoothly, I have to go in there and fuck things up again.”

So why are they positioned as assholes? Because they aren’t compliant. They push and question and reinvent things.

And if you position them as assholes, the world turns against them. Worse still, they turn against themselves.

Because no one wants to be an asshole. So, they handcuff themselves. They self-lobotomize, self-castrate, self-medicate. Because the strongest prisons are the ones we make for ourselves. 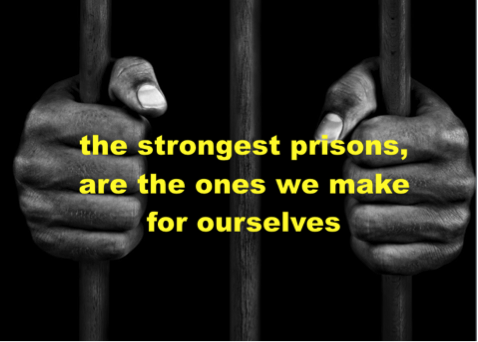 This is not a new thing. The classic fables of Beowulf battling Gilgamesh was a metaphor for civilization fighting nature and the wilderness. For fighting our wildness. Nature was “the asshole” in this instance. So we banded together to make it comply. And it worked. We’ve been kicking the crap out of nature for centuries. To the point where some of us are starting to look back and say, “What have we done?” 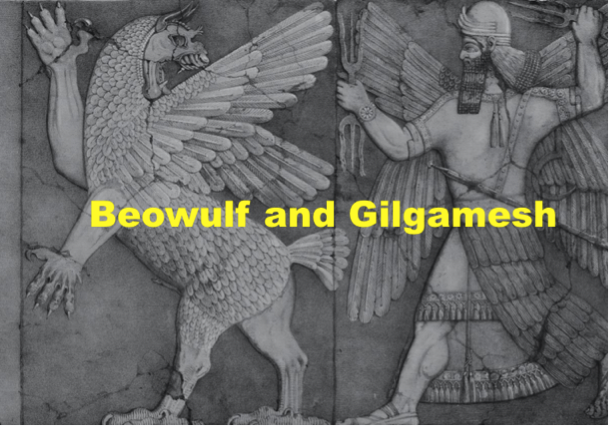 So let’s look at what we vilify, and why. Do you know why the devil has a goatee? Because the Moors had goatees, and to vilify them, we made them look like the devil. 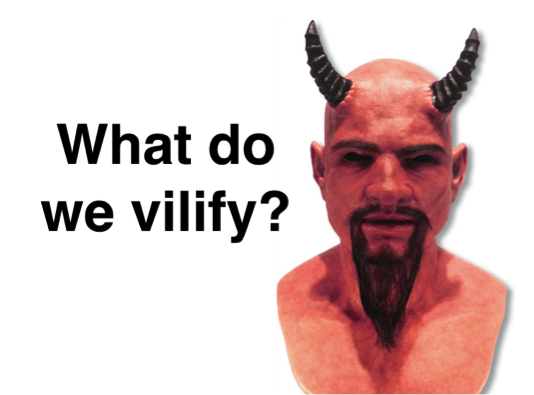 So who are we vilifying today? Why do we vilify them? Why are they the targets? Or the distractions? 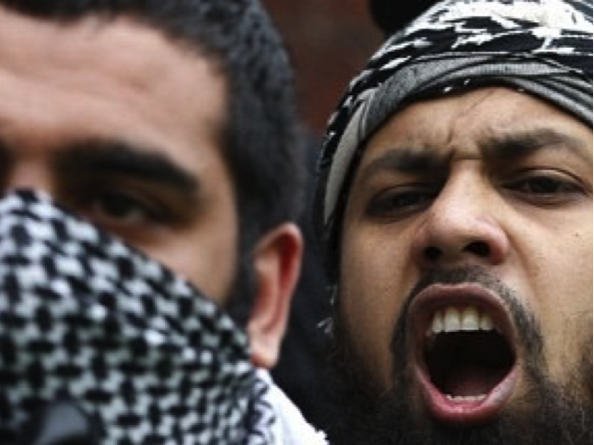 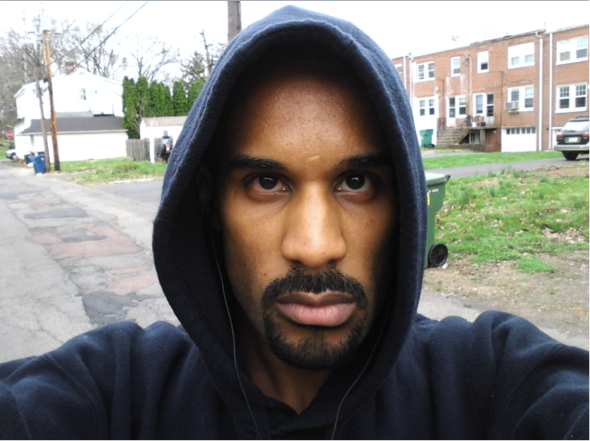 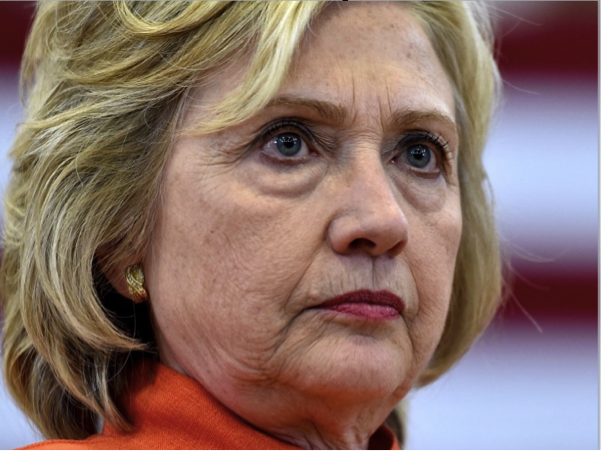 Well, who gains from creating these distractions and divisiveness? We can narrow it down by saying the people who gain are the people these “assholes” aren’t. So they’re probably not Muslims, probably not people of color, and probably not women.

And they’re probably not people who want things to change. 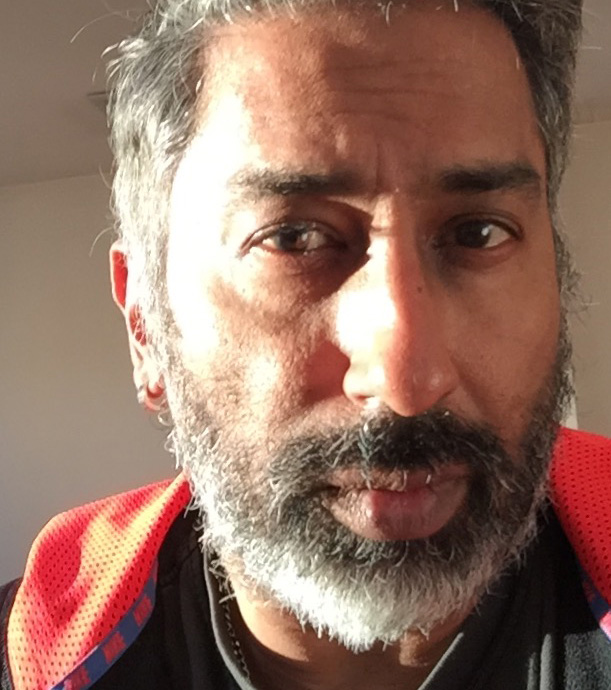