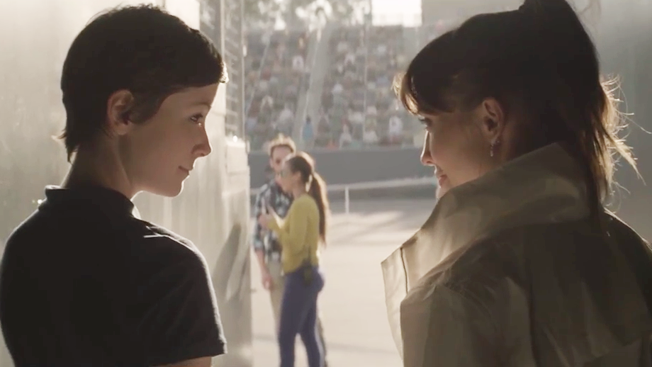 You might want to grab a snack and get comfortable, because Cornetto's newest ad is an eight-minute short film that is totally worth the watch. As with its other long-form ads, the ice cream brand takes a back seat to a bigger story. In this case, it's a love story.

Between the storyline, the style and Lily Allen's narration and cameo, it feels a bit like a softer and sweeter Judd Apatow movie, and I kept waiting for a Zooey Deschanel appearance. Directed by Lloyd Lee Choi for the U.K. market, the spot is clever and cute and funny, and as an avid fan of the Internet, I particularly enjoyed the part when the story's heroine meets brief fame and gets turned into a meme.

I don't want to give the whole thing away—you'll want to watch it for yourself.

Oh right, it also sells ice cream. Some may argue the product being an afterthought makes for bad advertising, but I think there's something to be said for its entertainment value and the consumer connection. Cornetto has done this before with a romantic three-minute video that's been viewed over 30 million times, and also with a cheesy-but-cute-but-confusing spot last month.

It's also just one spot in Cornetto's "Cupidity" series in the U.K. Others include a film about finding love on a road trip; one where a girl declares, "Everything is ugly beautiful"; and a remake of last month's aforementioned confusing video, minus the techno music. It's heavy on the hipster (Instagram photos, flowers in the hair, I'm sure there's a Pabst Blue Ribbon in there somewhere), but totally cute and appealing to what is likely Cornetto's target—millennials and TwoKays (born after 2000), which is apparently what we're calling the generation after millennials.

For the next video in the "Cupidity" series, I'm hopeful for a story about an underdog competing in a rap battle in Brooklyn.

Other spots from the "Cupidity" campaign: