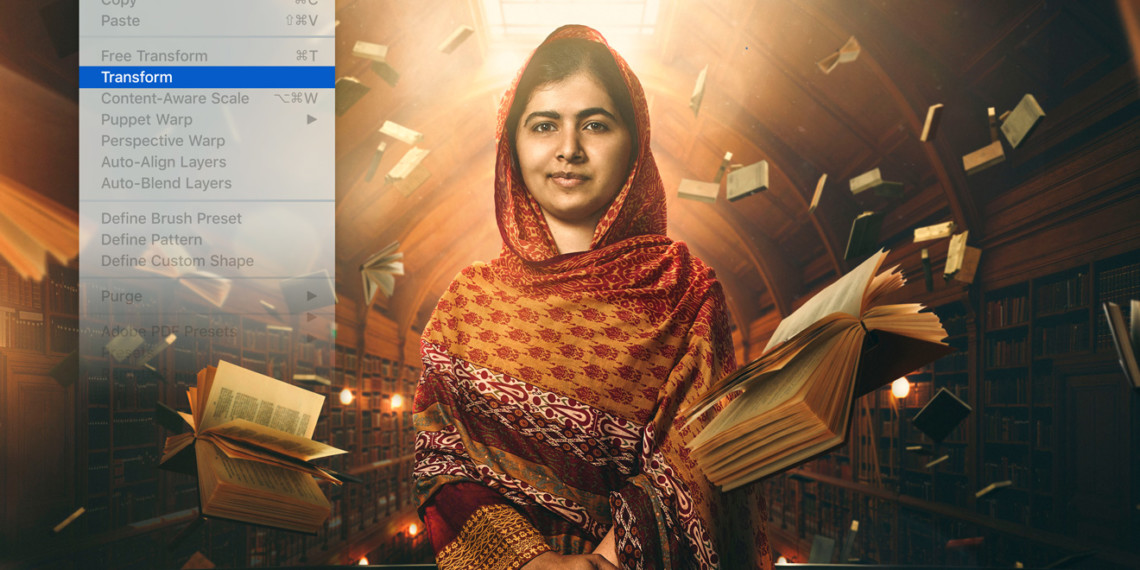 For anyone who’s wanted to fulfill a creative idea with a digital project, Adobe is reminding folks it has the tools to make it happen.

The software company has debuted a new campaign timed to the 92nd annual Academy Awards, themed around democratizing creativity and making its suite of programs accessible to everyone. Adobe will kick off its “Creativity for all” campaign with a 60-second spot during ABC’s Oscars telecast on Sunday night.

Fittingly set to “Pure Imagination” from Willy Wonka and the Chocolate Factory, the ad features imagery made by more than 1,000 creatives using Adobe tools, such as a Make Art Not War piece by Shepard Fairey and a psychedelic illustration of Frida Kahlo by Victoria Pavlov.

The ad features a digital appearance by activist Malala Yousafzai and a cameo (both real and animated) by Grammy-winning musician Billie Eilish, who will perform at this year’s Oscars. The spot also cuts to an animated rainbow graphic celebrating pride, and a striking image of polar bears and melting ice caps that addresses climate change.

“Every single frame of the ‘Creativity for all’ ad is an ode to Adobe’s amazing creative community,” said Ann Lewnes, CMO of Adobe, in a statement. “It showcases the work of people from all over the world who inspire us with their imagination, drive to push creative boundaries and ability to shape culture. It’s our way of celebrating the true power of creativity.”

Along with the 60-second TV ad, Adobe released its first-ever “thank you” spot online, which features a production credit list that includes the artists who created the imagery.

As part of the campaign, Adobe also launched a social initiative in partnership with education nonprofit Teach for America. Using the hashtag #CreativityForAll, the campaign will encourage people to tweet about their personal Oscar moment and who they would like to thank. Today through Feb. 11, for every tweet that includes the hashtag, Adobe will donate $5 to the organization in hopes of reaching 15,000 teachers and 500,000 students who might not have access to creative programs.

“For generations, creativity was reserved for the lucky few with the means to pursue their passions. But thankfully, times have changed—and in today’s world, the tools to create are available to everyone, everywhere,” added Wes Phelan, creative director at GS&P. “‘Creativity for all’ is more than a film. It’s a rallying cry for the modern era of creation and a call to arms for creatives and creators across the world.”

The trippy ad is similar to a spot GS&P created for Adobe in 2015, also timed to the Oscars. That ad, set to Aerosmith’s “Dream On,” celebrated the 25th anniversary of Photoshop.

It’s already been a busy 2020 for GS&P. The San Francisco-based agency created four PepsiCo ads for the Super Bowl.

While Adobe tends to produce eye-catching digital ads, the company also gets creative with its physical activations. For its 2019 Adobe Summit, the company celebrated the 25th anniversary of the first banner ad with a ‘90s-themed experience.