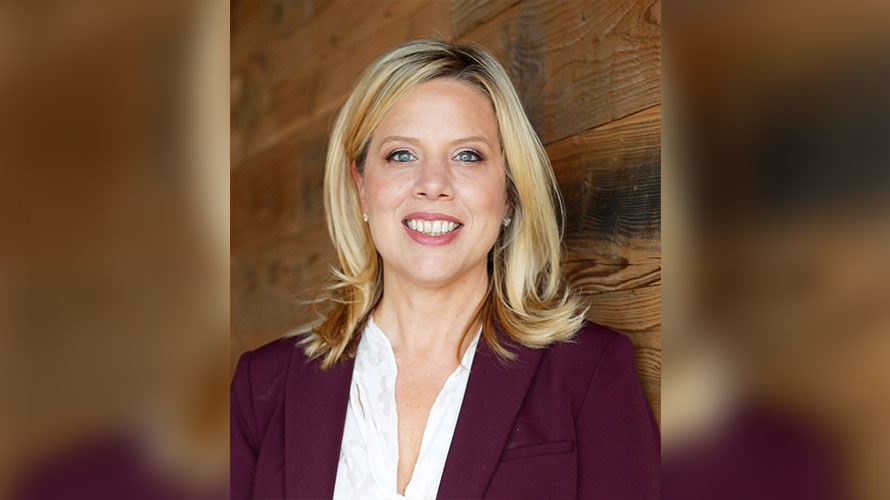 She is currently chief people officer and executive vice president at Walmart, where she leads efforts to attract, retain and develop talent for the retail behemoth. Canney will now take her expertise to WPP, reporting to CEO Mark Read. She replaces Mark Linaugh, who the holding company said has decided to retire but will stay on until she comes aboard.

In the new role, Canney will lead all areas of “people strategy, rewards, talent management, recruiting and leadership development and learning,” according to the holding company, while also creating an integrated team that will “build a new culture.”

In an internal email to employees, Walmart CEO and president Doug McMillon announced her planned departure, saying after almost four years with the Bentonville, Ark.-based company, Canney will be leaving on May 31 to “return home to New Jersey.” (She will be based out of WPP’s New York office.)

"[Jacqui is] a passionate advocate of inclusive workplaces, and will play a central role as we create a strong new culture throughout WPP."
Mark Read, CEO, WPP

“Her efforts have been essential to changing how we work in today’s technology-empowered environment,” McMillon wrote. “She’s helped us sharpen our culture, become more inclusive and become more digital. She’s been a passionate advocate for learning and the professional growth and development of all our associates. She helped lead a number of key initiatives, including changes to our incentive design to align them more closely to our business results. Jacqui has been a tremendous partner to me and the leadership team.”

He added that Walmart is currently working on a “transition plan.”

“WPP has some of the best and brightest minds from around the world helping build better futures for the communities and clients they serve,” Canney said in a statement. “I’m excited to be joining Mark and the rest of the team as they foster a culture that embraces change and invest in a workforce that believes in the power of creativity and technology.”

At Walmart, Canney is credited for driving large-scale change to help prepare employees for the future of retail including altering how they work in a tech-driven environment. Before that, she spent 25 years at Accenture, helping the consulting giant grow its workforce from 21,000 to more than 300,000. She also helped build Accenture Digital, an end-to-end provider of digital transformation solutions, in 2013.

Canney is co-chair of the World Economic Forum Future of Work Task Force and a member of the Rework America Business Network.

“Jacqui is a world-class executive with an outstanding record of leading change at global organizations,” Read said in a statement. “She is also a passionate advocate of inclusive workplaces, and will play a central role as we create a strong new culture throughout WPP.”

The hire comes at a critical time in Walmart and WPP’s relationship.

As first reported by AdAge, Walmart is in the process of taking its digital ad business in-house from Triad, a specialty unit acquired by WPP in 2016 that helps sell ads on ecommerce sites and other digital platforms.

Walmart and Triad both declined to comment on that shift. A WPP executive was also unavailable for further comment.

According to a person familiar with the process, Walmart is slowly taking the business away from Triad, which will put an end to their 15-year partnership, and will likely complete the shift by the end of 2019.

According to the Wall Street Journal, the move positions Walmart to take a bigger bite of the online advertising market where rival Amazon already has expanded and where Google and Facebook dominate. Walmart’s current digital ad business allows suppliers to target online ads based on shopper data, but it previously used Triad to sell ad space on its own website, and sister site Jet.com, among others.

Along with bringing this latter function in-house, Walmart also plans to merge its store and digital ad teams, which will then use its shopper data to sell ads in various parts of its business including video streaming service Vudu, the WSJ reported. The publication also noted that this is not Walmart’s first attempt at entering the online ad space, having tried unsuccessfully to do so a few years ago.