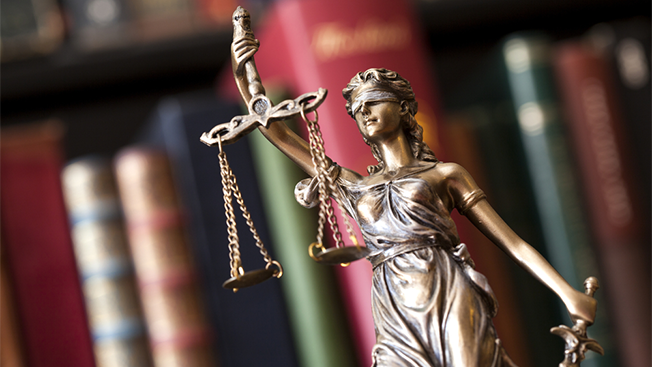 Either way, the result is the same: Ad agencies are often rigging production bids to favor their in-house studios over independent vendors, according to several veteran producers who spoke to Adweek in the days since a Wall Street Journal report sent shock waves through the advertising industry.

That report revealed that the U.S. Department of Justice has launched an investigation to determine whether creative agencies regularly manipulate the bidding process for production contracts in order to send more work to their parent companies or internal studios.

Making the report especially ominous is the fact that lead investigator Rebecca Meiklejohn also handled a 2004 case involving a "kickback conspiracy" between WPP and a print studio, resulting in the indictment of a dozen executives.

While the report notably lacked any specific examples of wrongdoing, presumably because investigators didn't want to show their hand, the WSJ article did specify that several postproduction company employees were reportedly asked to inflate bids on projects "to create a paper trail that justified to the advertiser its decision to award the project to an in-house facility, which provided a rival bid at a lower price."

So how does this "rigging" work, and why would independent editing, production and postproduction studios go along with it, when it just means losing potential work?

This week, Adweek spoke to multiple sources with direct knowledge of this practice, all of whom agreed to speak on the condition of anonymity for themselves and their employers.

How 'check bids' work—and how they're tilted

Because creative agencies often manage the bidding process for production and postproduction work, they have an obvious advantage in terms of knowing the client's budget, parameters and preferences. If they'd prefer the work go to their in-house studio or one owned by the agency's parent company, they might rig the process by seeking third-party bids they know will come in too high.

These "check bids" are meant to prove to clients that agencies sought out competitive pricing before taking the work in-house.

However, these bids can easily be manipulated in the agency's favor.

A common practice, agency and independent producers tell Adweek, is for the agency to provide a budget number to third-party studios, who can't be sure if they're being given a real goal or a false target that will be undercut by the agency.

"The agency will tell us a [budget] number," said one postproduction company CEO, "and we will try to hit that number. But it's hard for us to tell if it's just a check bid that the agency will then use to justify taking the work in-house. We never know what the real price point was."

These third-party companies are not directly involved in client-agency negotiations, and they have no choice but to follow the direction provided by agencies.

Why would a production company go along with such a request, knowing that there's no chance to win the work? Because, they tell Adweek, they fear reprisal or even being quietly blacklisted by the agency or its holding company.

"The pressure from above, the higher ups, is we need this job because of the revenue," said one veteran agency producer. "They don't tell producers how to do it. So the producers call a friend at a production studio and say, 'Do this favor for me, do this bid, but it has to be over a certain amount.' They would do a favor hoping they'd get work down the road.

"They can't say no. It's almost blackmail," the longtime agency producer said. "It's saying, 'If you don't do this, we're never going to bid you on a job.'"

This fear of reprisal is real, according to independent studio execs.

"It would only take one of our large agency partners dropping us to put us out of business," said a postproduction company CEO.

'Everybody knows what's going on'

While the client-advocacy group ANA has long accused agencies of taking kickbacks in the form of bulk discounts called media rebates, there's been much debate within the ad industry about whether such a practice is truly commonplace.

But there seems to be much less doubt about the existence of rigged production bids, which longtime producers say is one of the worst-kept secrets in the industry.

"I'd say it's been going on 20 years. Everybody knows what's going on. Everybody knows," said one independent producer who's worked with multiple agencies. "Up until this point, there's been no recourse. This [investigation] is the perfect cover for production companies to say no."

One of the reasons producers are so eager to talk about the issue—albeit anonymously—is because those working on the agency side have disliked the process, as well.

Agency producers say constant pressure from clients and agency executives have forced them to take steps that are unethical—and could even prove illegal. (Most producers who spoke to Adweek, however, said they never believed the rigged "check bid" process to be illegal until they saw news of the federal investigation.)

According to one agency producer, executives sometimes fire key members of the in-house team, then immediately re-hire them to work on a freelance basis in yet another effort to cut costs by not having to provide benefits. One boss allegedly followed a round of layoffs by warning employees that all production work needed to remain in-house if they wanted to keep their jobs, in part because production is the agency's only profitable department.

Clients demanded to know why the agency continued working with in-house teams, according to the source, but they did not have the power to send the business elsewhere. "I don't think anyone realized how wrong it was," the producer said.

Dragged into the light

All major agency holding companies have launched their own production and postproduction units in recent years as part of what one agency veteran called "a revenue grab." In some cases, they have publicized this information, but the new divisions largely operate under the radar despite employing hundreds of people.

"This isn't a threat to high-end production companies," said one source who has worked in that industry for years, "But it will wipe out the whole middle range of independent companies."

A postproduction company CEO said that, while he doesn't blame the agencies, his company has begun contacting would-be clients directly in an attempt to bypass creative shops altogether.

Spokespeople for WPP, Omnicom, Publicis Groupe, Havas and Dentsu Aegis have not provided comment on the federal investigation into production bids.

So far, the only holding company to publicly confirm its plans to collaborate with the investigation is Interpublic Group, which released the following statement on Wednesday morning: "We can confirm that one of our standalone domestic agencies has been contacted by the Department of Justice Antitrust Division for documents regarding video production practices and is cooperating with the government."

Multiple parties predicted that news of the investigation would lead to an industrywide audit much like the ANA's media transparency study, which was released earlier this year.

Most trade groups have so far limited their comments to brief official statements. President and CEO Nancy Hill of the 4A's said, "It goes without saying that we require our member agencies and their staffs to follow the letter of the law."

ANA CEO Bob Liodice called the news "very disturbing," writing, "This new development raises even more concerns about trust between advertisers and their agencies and we plan to follow it closely as it develops."

AICE, an industry group that represents postproduction companies, has been harping on the subject for several years, releasing a transparency statement in 2014 and distributing related fliers at October's ANA Masters of Marketing event.

"We continue to encourage advertisers to carefully scrutinize how their postproduction dollars are being spent," said AICE executive director Rachelle Madden in a statement. "Our goal is to make sure the postproduction process reflects the same degree of transparency advertisers are demanding today from all of their vendors across the marketing communications spectrum."

Some parties think that this newfound focus on transparency might be a good thing for those who create the work. One source claimed, "Agency people were sending the WSJ link to their production contacts and writing, 'Thank God.'"