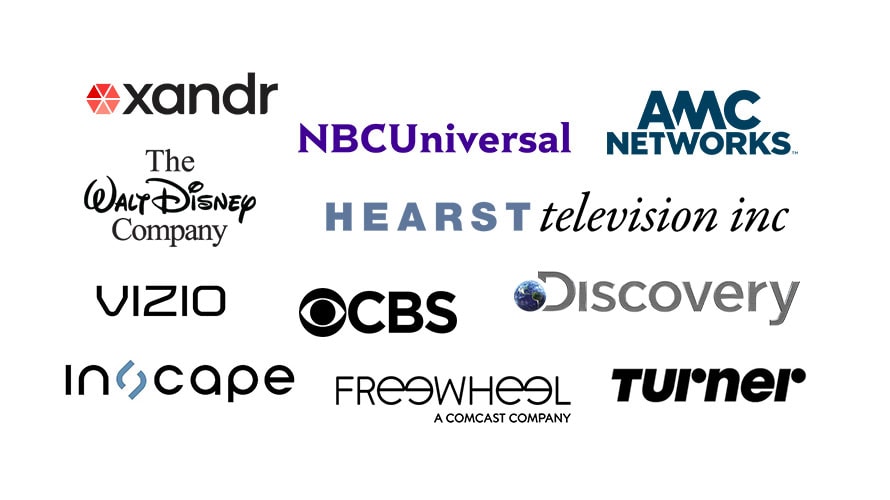 Talks about the project first started last May, with group meetings beginning in August.
All logos belong to their respective owners
Share
By Jason Lynch
|
March 12, 2019
Share

For the past decade, publishers have referred to addressable as the “holy grail” of TV advertising. And now many of the industry’s biggest media companies—including Disney, AT&T, Comcast and Discovery—are joining forces to help finally make it a reality, by creating an addressable advertising standard for smart and connected TVs.

The new consortium is tackling Project OAR—Open Addressable Ready—which will define technical standards for programmers and platforms to deploy addressable advertising in linear and on-demand formats on smart TVs.

The consortium is based around two principles, said Jodie McAfee, svp of the Vizio-owned Inscape, which is developing the technology for the new standard. One, “a rising tide lifts all boats. We understand that for any addressable product or platform to actually be successful requires scale.”

While Inscape is most interested in dynamic ad insertion on Vizio TVs, said McAfee, “we know we stand a better chance of being successful if other smart TVs are also able to execute addressable, because that is going to be more interesting to the inventory owners.”

In addition to scale, “we think a certain level of flexibility is required in order for a standard to get adopted,” said McAfee. “We view what we are doing as building blocks,” and designing a standard that will meet specs and can be built upon by individual networks and OEMs (original equipment manufacturers). “Where you are from there is up to you, so if you want to plug into FreeWheel, great. If you need it to interoperate with Xandr, awesome. If you want to use another source of data, OK. To us, flexibility is key.”

“We’re going to build an open standard to the member’s specs, and then we’re going to give it to everybody,” said McAfee. “Everybody’s at least adopted that baseline standard, which creates scale, but it’s flexible scale.”

Talks about the project first started last May, with group meetings beginning in August.

The consortium is looking to have a working prototype delivered this spring, with full deployment of “an actual working product”—which can be used by any TV maker or connected device company— by late this year or early next year, said McAfee.

Today’s announcement included statements of support from execs at several companies involved in the consortium.

“It’s important for us to come together as an industry and create connective experiences that matter to fans, and that includes how we use data to inform and broaden spaces like addressable TV,” said Jesse Redniss, evp of data strategy and product innovation, Turner and GM of the WarnerMedia Innovation Lab.

“Comcast NBCUniversal is committed to an open standard for addressable advertising,” said Denise Colella, svp, advanced advertising products and strategy, NBCUniversal. “We look forward to continuing our investment in furthering the industry’s capabilities by joining Project OAR to establish a streamlined, consistent ad buying experience for advertisers while ensuring a relevant and engaging ad experience for consumers.”

“Combining the power of television with truly addressable advertising is something the industry has been focused on for many years, for good reason,” said Adam Gaynor, vp of AMCN Agility. “We are pleased to be participating in this consortium to develop and put into practice an open standard that will drive this capability forward, giving advertisers a greater opportunity to deliver the right message to the right audience than has ever been possible before.”