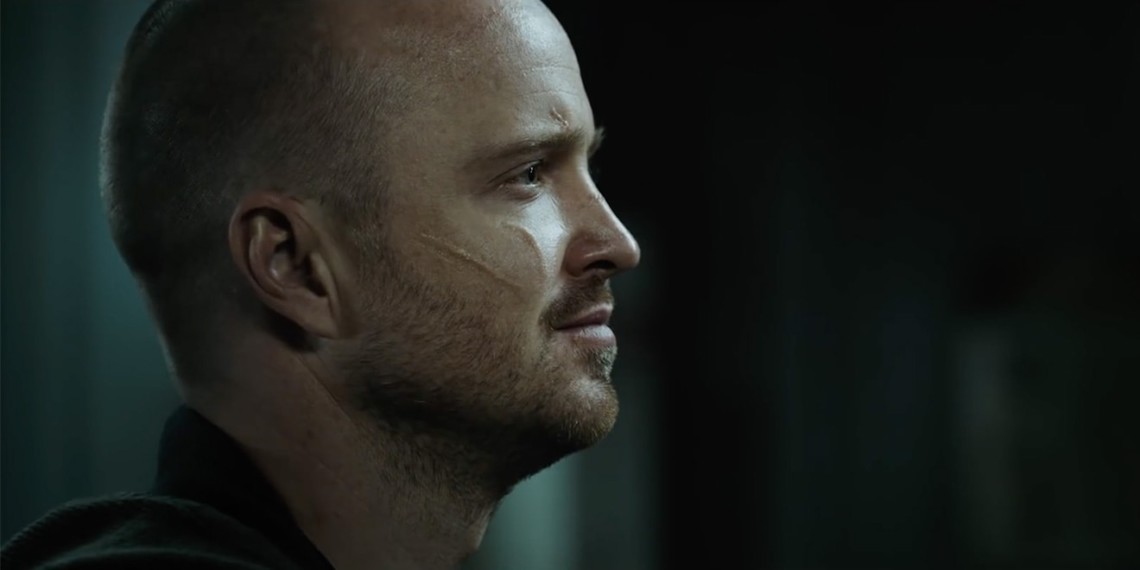 Just two days after Netflix returned Breaking Bad to the Emmy spotlight—via an ad that ran during the ceremony for the followup movie, El Camino—the streaming service unveiled the full trailer for the upcoming film.

In the film, called El Camino: A Breaking Bad Movie, Aaron Paul reprises his role as Jesse Pinkman, who ran a meth empire with Bryan Cranston’s Walter White, and picks up shortly after the events of the 2013 series finale.

El Camino will debut Friday, Oct. 11 on Netflix, and will also be released in select movie theaters. It will also air on AMC, Breaking Bad’s cable home, early next year.

While the Emmy ad only revealed a small glimpse of Paul’s Pinkman—seen in a car, crying silently as a radio broadcast recounts the events of the series finale’s final moments—the full trailer shows much more, without revealing too many spoilers about the film.

In the footage, Pinkman reunites with two Breaking Bad pals: Skinny Pete (Charles Baker) and Badger (Matt Jones). He is dealing with the fallout from the trauma he suffered during the finale, while also being hunted by police.

The trailer ends with Pinkman facing off against a mystery person who asks him, “Are you ready?” in a voice that sounds similar to White, even though—spoiler alert!—that character was shot and presumed dead in the series finale.

It was only a month ago that Netflix first revealed the existence of El Camino, which was shot in secret over the past year by writer/director Vince Gilligan, who created Breaking Bad.