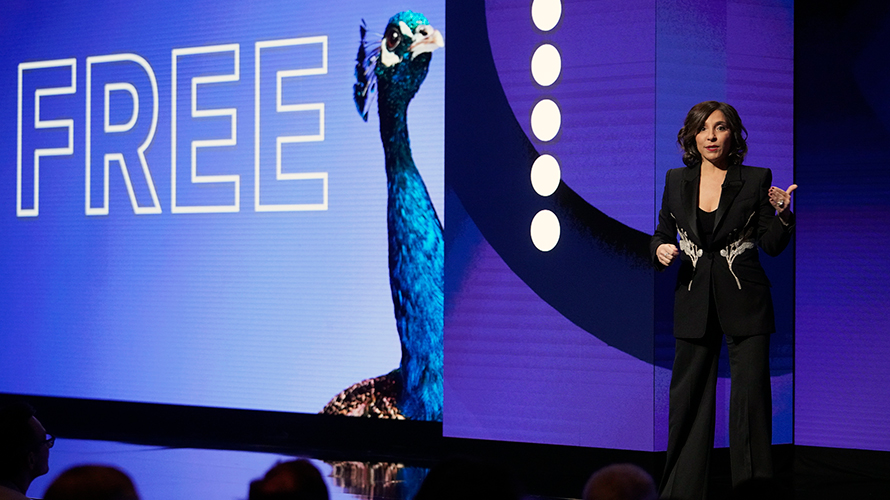 In early 2018, Linda Yaccarino, NBCUniversal’s chairman of advertising and partnerships, pitched then-CEO Steve Burke and the NBCU executive committee on what at the time was an off-the-wall idea: creating an free, ad-supported streaming service (AVOD), instead of the SVOD subscription services on the market or in the works from competitors like Netflix and Disney.

“We laid out the macro ecosystem at the time, and where we saw the future going,” Yaccarino said. With “subscription fatigue” already a concern back then, she continued, “if you believed that in exchange for free, you could get great content with a reasonable amount of the right and appropriate ads, and the consumer believed in and trusted that relationship, then you could have a pretty successful proposition.”

Burke was “enthusiastic and intrigued” by the pitch, and okayed further development. Two and a half years later, the resulting streaming service—called Peacock—is preparing for its national debut on Wednesday, and has given Yaccarino the opportunity to “invent the future of advertising” via the new platform.

It would prove to be a pitch ahead of the curve by Yaccarino, who will speak about the future of television at Adweek’s NexTech 2020 virtual summit taking place July 27-30. The AVOD space exploded a year later, with Viacom buying Pluto TV and free, ad-supported platforms becoming key to streaming’s future.

In September 2018, NBCU’s parent company Comcast acquired European media giant Sky, which had already been in the streaming business for several years and gave it a streaming toehold. And Peacock now arrives in the middle of a pandemic, when housebound consumers—many of whom have been laid off or suffered salary reductions due to Covid-19—are hungry for new content options.

“The future came much sooner than we have thought. Now, free seems like a pretty good proposition to today’s American consumer,” Yaccarino said.

Peacock enters the streaming space with a three-tiered offering. Its lowest tier is free and ad-supported, with about 7,500 hours of programming. The second tier, called Peacock Premium, is also ad-supported and boasts 15,000 hours of programming. It will be free to Xfinity video and broadband customers and Cox broadband customers; everyone else has to pay $4.99 a month. For an additional $5 a month, customers can receive an ad-free version of Peacock Premium.

“The future came much sooner than we have thought. Now, free seems like a pretty good proposition to today's American consumer."
Linda Yaccarino, chairman of advertising and partnerships, NBCUniversal

Peacock features what Yaccarino calls “the lightest ad load in the industry,” with five minutes or less per hour—ad loads are identical for both the free and Peacock Premium tiers—as well as frequency caps to insure that consumers don’t see the same ad more than once every half hour. (The lack of frequency caps on other streaming services was the top complaint among consumers during NBCU’s research, she said.)

All 10 advertisers and their respective brands are also part of the Peacock Streaming Council, a group of advertisers that will work in tandem to determine the best advertising and sponsorship approaches on the service. (The first Streaming Council meeting was held last month.)

As she and her team developed Peacock’s ad strategy, “the exciting thing is the ability to write a completely new playbook for the future,” said Yaccarino. “So there is no comparison to last year, or some type of legacy trading practice that needs to be ripped down and reinvented, which is so hard to do.”

Peacock’s new ad formats, which NBCU unveiled in January, enable consumers to see “the right ads at the right time, in the right context,” Yaccarino said.

Those include offerings that have already been utilized on NBCU’s linear networks, like ShoppableTV (shoppable ads) and prime pods (its 60-second pod of audience-targeted advertising), as well as formats already seen on streaming rival Hulu like pause ads (which feature messaging when a viewer pauses content) and binge ads (after a viewer watches three episodes of a show, a sponsor will bring the fourth episode ad-free).

There are also engagement ads (which include interactive experiences like trivia questions, product galleries and extended-look videos), trending ads (which will run alongside topical content for that day) and curator ads (which will place ads in NBCU titles based on specific moods, genres or other themes, for more contextually relevant spots).

The first new format to roll out during Peacock’s soft launch in April to Xfinity subscribers was solo ads, which allow a brand to exclusively sponsor a show, and limit advertising to a single spot within a given episode.

Yaccarino wouldn’t comment on which formats are the most popular, but said the interactive and ecommerce offerings have received a lot of interest, particularly given the struggles that retailers are having getting consumers into their brick-and-mortar stores during the pandemic. She also predicted that solo ads will “become contagious.”

During the Comcast soft launch, NBCUniversal compared solo ads to the competitive streaming benchmark for every launch partner, and found that they received double-digit leads across every brand KPI versus the other streamers. Also, 37% of consumers said they had a more enjoyable viewing experience overall, knowing there was only one sponsor.

“Our marketing partners really love the opportunity to be the hero. They’re the actual benefactor, offering this great experience that they can’t get anywhere else, to the viewer,” said Yaccarino of solo ads. “There’s this tremendous consumer love when that experience happens.”

While the pandemic forced Peacock to change its content plans (since not everything had completed filming prior to production shutdown in March) and marketing strategy (its reconfigured campaign focused on “free” as a result of Covid-19’s economic impact), the ad formats and ad sales approach remain the same as when they were announced in January.

However, Covid-19 did prompt NBCU to fast track its timetable for moving Peacock’s most successful ad innovations to linear. In April, NBCU said it would permanently reduce linear ads amid Covid-19 by implementing some of the Peacock formats.

That included cutting national ads by a half hour in April during its new Stay In Theater Family Movie Nights franchise, when the company simulcast the Harry Potter films on USA, Syfy and E! NBCU trimmed the typical 35 minutes’ worth of national ads in a three-hour telecast down to just three spots from Target, totaling 1 minute and 15 seconds for the entire movie.

“Peacock is already influencing linear, and it’s going to be really exciting to see what the lasting impact will be as we move forward,” Yaccarino said.

The 10 launch sponsors received six months of Peacock exclusivity—three months in the Comcast-only soft launch, then three more in the national rollout—and in early upfront talks, brands are already looking to join the platform when that exclusivity window expires in October.

At that point, Peacock inventory will be available as part of NBCU’s One Platform offering, which unites its linear and digital ad inventory, beginning in the upfront. (However, Peacock’s launch sponsors will continue to make up the majority of its ad inventory even after the platform opens to additional advertisers this fall.)

“In a market like this, where demand is so high on a new product is quite encouraging,” said Yaccarino, adding that advertising interest in Peacock “could not be bigger.”

Especially because Peacock’s biggest early moment is still to come: “Obviously, there’s going to be an incredible celebration when The Office comes to our air in January of ’21.”

Linda Yaccarino will participate in a conversation about changes in the TV landscape at NexTech 2020, a four-day summit beginning July 27. Register now for this complimentary virtual event.