Maria Menounos on Starting a Podcast, Her Relationship With Advertisers and the Evolution of AfterBuzz TV 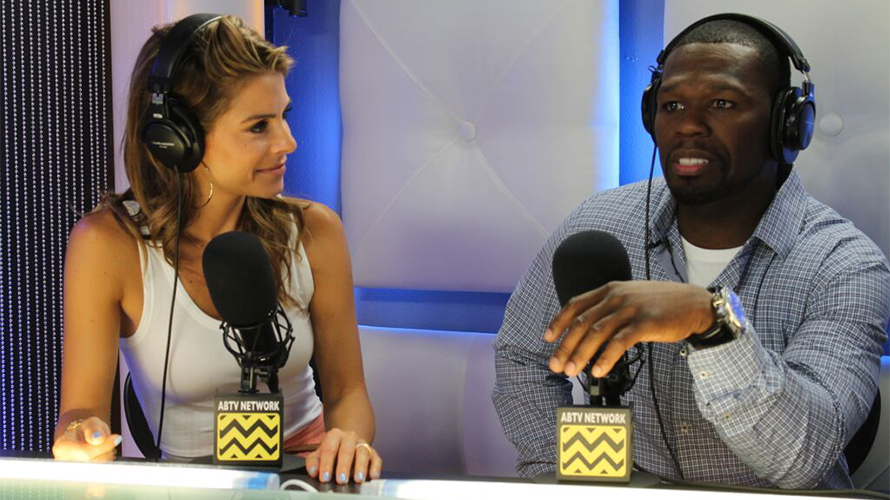 Menounos, who recently survived surgery to remove a brain tumor, talked with Adweek about her AfterBuzz TV network and how it’s grown into a company with six state-of-the-art multicam studios, more than 100 weekly shows and over 150 countries reached, and how she juggles it all.

Adweek: What inspired you to create AfterBuzz? And what kind of company did you set out to make?
Maria Menounos: It was actually my partner, Kevin, who was a fan of podcasts before everyone caught on. And we got inspiration from watching Jersey Shore and Breaking Bad and wanting to talk about them afterward. He said, ‘Let’s do an after show for these shows, it’ll be our version of a poker night’ and that just took off. All of our friends wanted to see it and do it, and it grew to 150 after shows per week. We have over 250 hosts, who host the after shows and a little over 1 billion downloads annually.

As AfterBuzz started to evolve, it wasn’t really just about our love for television. At some point, it also grew to help us empower these young hosts and nurture their careers along the way. And we wanted to build a new Hollywood business model that not only empowers our hosts, but also our employees. We root for their success, if not more than our own.

I’m sure it’s fun to watch your correspondents, who got their start on AfterBuzz, really grow in the industry.
We are so proud, we call them our kids. Sonya Deville in the WWE is going head to head with Ronda Rousey. We helped her find wrestling, she was doing the after show for us. Cathy Kelly in the WWE, Stephanie Bauer was at Access Hollywood. The success stories, we have so many and it is great because people come up to me all the time and tell me, ‘I want to be you,’ but you can’t get an agent without a reel, you can’t get a job without an agent, you can’t get a reel without a job.

You launched AfterBuzz more than six years ago now. How have your conversations with advertisers changed?
Now I’m starting to see the value in going directly to CMOs, because I think we offer something really unique. The old way of monetizing this stuff is so archaic and I think that being able to have a direct relationship is so much bigger. And we’re really open to partnerships with these brands because we could be creating content with them in mind. We could be doing much greater positioning for them instead of just a live read or a little commercial in the show.

We have over 250 hosts who are young dreamers, writers, all kinds of different talent and we’re developing projects with all of them in-house. They could be privy to all of that and they have the young voice at their fingertips.

What inspired you to start your SiriusXM show?
I’ve been on for a little bit and at some point, it was one of the many things I had on my plate. Now, it’s my main thing and I love it. Being able to broadcast from my home studio while I was in recovery was obviously very convenient. I had a revelation the other day when I realized everything I’ve ever wanted was to have a show where I helped people learn and share information. And that’s what this show is. I get to do it every day. Every day is something new and exciting and I love it.

What advice do you have for someone who is going through a hard time medically and looking to find that balance with work?
For me, I instantly knew it was happening for me, not to me. The things that you’re going through in life, if you can approach it with that kind of mantra, you can find the silver lining. If you can do that with a brain tumor, you can do it for a lot of things.