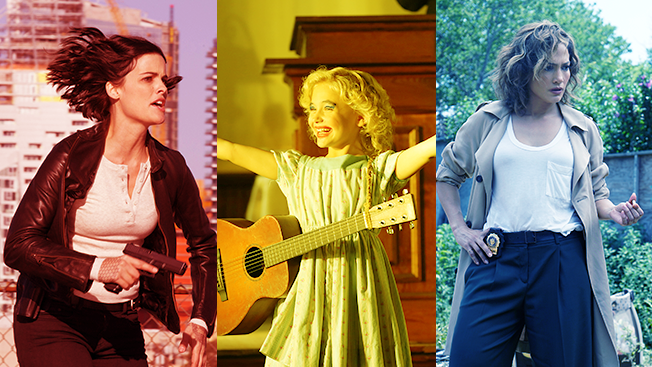 NBC won the last two seasons in the adults 18-49 demo, but during last May's upfronts, CBS all but guaranteed it would snatch the demo crown away this season. Instead, NBC held a commanding lead through February, with Sunday Night Football and The Voice bolstered by freshman hits Blindspot and Chicago Med, and a trio of popular December holiday specials: The Wiz Live!, Dolly Parton's Coat of Many Colors and Adele Live in New York City. Thanks to the Super Bowl, CBS has pulled ahead, just barely—averaging 2.5 to NBC's 2.4—leaving NBC in a strong position to three-peat with three months to retake the lead. NBC Entertainment chairman Robert Greenblatt looked back on the successful season run that not even he saw coming.

Adweek: Even with Sunday Night Football and The Voice again, did you expect to lead in 18-49 by as much as 0.4 in the fall?

Robert Greenblatt: I did not. That isn't a guaranteed win for us; we really have to have other things work as well. Usually, you're happy if you win by a tenth of a rating point. But it was a real substantial lead, and that had to do with The Wiz, Coat of Many Colors, Chicago Med and Blindspot working, and a lot of really smart scheduling decisions. Little things that would never be a big topic of discussion for anyone. We always know January and February are tough because The Voice is off, but we're working really hard.

How did you pull off that December run of hit specials?

A couple of years ago we started trying to figure out how do we do more holiday specials, because the iconic ones like A Charlie Brown Christmas are not gettable; they're in license for so long. It dovetails with drama series: If you start the third week in September, you can get nine episodes in the fall before you have to take a break because of production schedules. That means by December, a lot of your dramas are in repeats. We started thinking, can we supplement the schedule with some one-offs that are big events? The big idea three years ago was a musical, which we didn't know if it would ever work or not, much less be a perennial. We got in more and more of these, and they tend to work, so we built them into our overall budget.

Do they help for midseason, too?

If you're going to launch new shows in January, you don't want to be asleep at the wheel in December, because you don't have any audience to promote to. We would never have launched Shades of Blue or Superstore in the doldrums of January with The Voice being off if we hadn't had that promotional base. To have 13 million viewers in The Wiz and 15 million viewers in Dolly Parton to speak to, it's really effective.

You're making more films based on Dolly and her music. Will they also air in December?

Not necessarily, but maybe. It depends on the movie. There's some Dolly movies that are holiday- and family-themed, and there are some that are more adult and sophisticated, which may not be right for the holiday.

The Wiz Live! was a hit, but you won't be bringing back Best Time Ever with Neil Patrick Harris. Did the mixed reception to your live shows this fall change your thinking about live programming?

Not really. The live thing shouldn't be the tail that wags the dog. If that's the best way to do it, then it should be live. Best Time Ever did relatively well, but we just decided that the format wasn't the best format as it developed. I love Neil and he was such a trouper. We could have done that show not live, and probably put together a better show that was cleaner and crisper, but he really wanted to do the high-wire act of live. And we thought, OK, that's how they do it in the U.K.