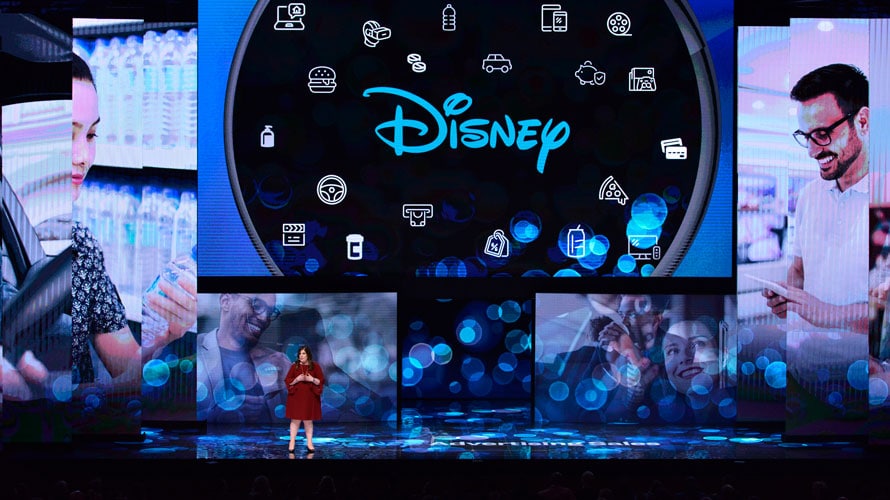 Disney has completed its first upfront as a combined, expanded portfolio, securing overall ad revenue increases of 5%, according to the company.

After completing its $71.3 billion purchase of 21st Century Fox in March, Disney saw double-digit CPM (cost per thousand viewers reached) increases across all dayparts for ABC, and low double-digit hikes in cable and sports, including 10% CPM gains across NBA games on ABC and ESPN. News CPMs were up in the single digits.

Oscars demand was up this year among buyers, with more than 50% of available inventory sold in the upfront. Buyers were also receptive to ABC’s Black-ish spinoff, Mixed-ish, as well as The Bachelor, Dancing With the Stars and Modern Family’s final season.

Disney also saw a 50% increase in its addressable advertising upfront deals, as well as increased interest in its out-of-home measurement offerings for its sports and entertainment programming.

A year ago, despite the last-minute loss of Roseanne ad revenue following the show’s surprise cancellation, two weeks after its upfront event, Disney secured low double-digit CPM increases across all dayparts, and high single-digit increases in cable.

This time around, Rita Ferro, named president of Disney advertising sales last September, oversaw all of the company’s media properties including, for the first time, ESPN, as well as the TV networks acquired from Fox including FX and National Geographic.

Disney held a super-sized combined upfront presentation in May, featuring all six TV brands from its company.

Ferro told Adweek in May that her top upfront priority was “to get advertisers to commit and really engage in true flexibility around video and television content across screens.”

She added, “I want to see the dollars follow the eyeballs because the linear impressions are down, the marketplace has changed, and we continue to see incredible opportunity across OTT, across digital and across our owned and operated apps—yet the dollars don’t flow as easily to those platforms. … I truly believe that television content is king. Everybody wants great television and great storytelling. We continue to have momentum in this space, but that momentum doesn’t only live in linear television in the truest sense; it lives across our television ecosystem, and we should be selling the benefit of that.”

Speaking with reporters Monday at the Television Critics Association’s summer press tour in L.A., ABC Entertainment president Karey Burke said the company reaches 150 million people each month, between the national network and its affiliates, which is why it still commands “a big premium” from advertisers: “Competing streamers want to advertise on our air; we just won’t let them.”

The other broadcast networks and major media companies have already completed their upfront business, including The CW, CBS, WarnerMedia, Fox Corp. and NBCUniversal. Discovery Inc. said in its earnings release on Tuesday that it also wrapped a “record and robust upfront,” but did not provide specifics.