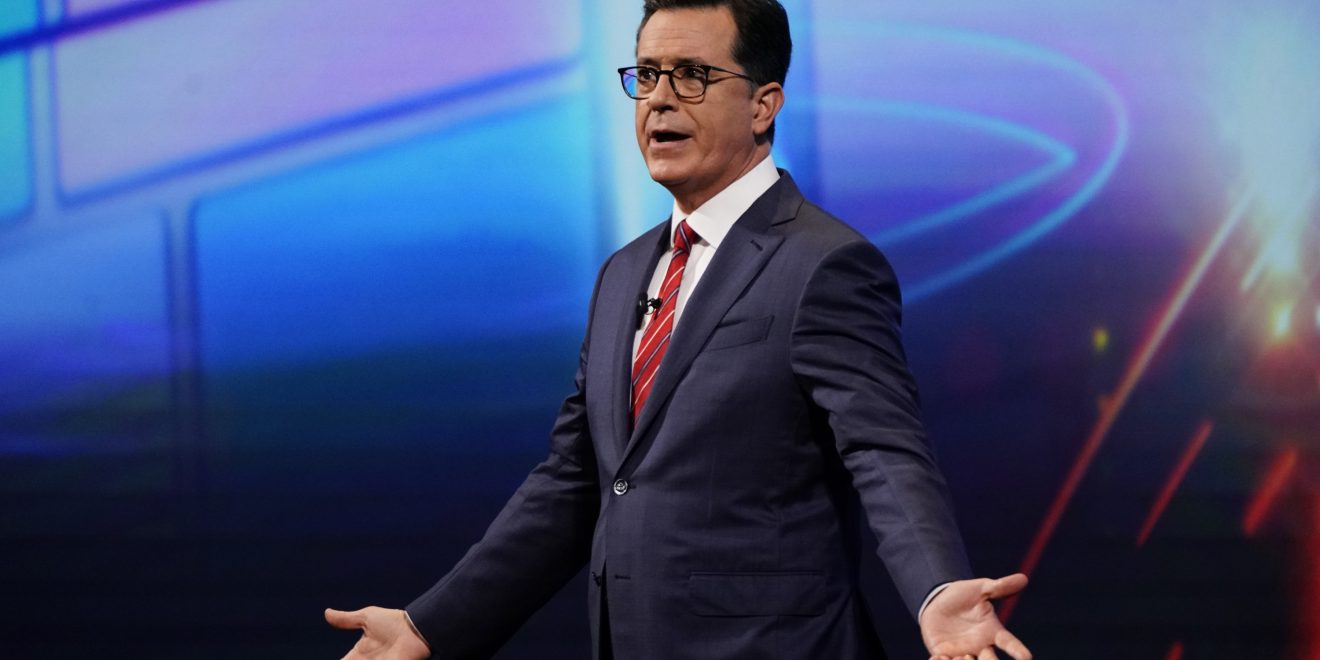 There hasn’t been all that much for buyers to get excited about during this sluggish broadcast upfront week—at least, not until CBS Corp. chairman and CEO Leslie Moonves appeared onstage during Wednesday’s annual event at Carnegie Hall.

As he appeared two days after CBS Corp. filed suit against its majority owners Sumner and Shari Redstone over control of CBS’s future, the assembled audience something extraordinary and unprecedented: they gave the executive a standing ovation, leaving no doubt about what side they are on in his battle with parent company National Amusements Inc. (NAI), which controls nearly 80 percent of CBS Corp.

“So, how’s your week been?” Moonves asked the crowd, as CBS used most of its upfront to simultaneously woo buyers and troll the Redstones.

This week, “each network has their own story to share with you. Of course, I personally consider CBS’ to be the greatest story ever told,” said Moonves, who took several opportunities to point out the healthy state of the company under his leadership. “The record clearly shows, at CBS we love winning. We know a lasting success is not about winning now, but preparing ourselves to win in the future.”

He called broadcast TV “the true Survivor” in this industry, and told the audience that for every time broadcast TV was supposed to be usurped by a new invention. Broadcasting has responded to every single challenge. From the VCR to the DVR to OTT, every supposed threat has turned out to represent amazing opportunities.”

The CEO, who had skipped CBS’ annual schedule unveiling that morning, then passed the baton to Kelly Kahl, who presided over his first upfront as CBS Entertainment president. “CBS believes in, and succeeds in, and values broadcast television,” said Kahl.

Despite NBC having both the Super Bowl and Winter Olympics this season, CBS maintained its streak of winning the season in total viewers for the 10th straight year. And with CBS airing the Super Bowl this year, “when we’re all here a year from now, we’ll be telling you that CBS is No. 1 once again,” Kahl said, a deliberate word choice given that the legal battle is leading many to wonder what CBS will look like at this time next year.

The network, Kahl continued, has “a clear vision for the future: CBS then, CBS now, CBS always,” one of many lines from the event which seemed directed at both buyers and the Redstones.

Stephen Colbert also referenced the CBS-NAI battle during his stint onstage, when he noted, “This year, CBS has the most exciting legal dramas. Also some great TV shows.” The Late Show host added that the cocktails at the after-party wouldn’t be “diluted,” a reference to CBS’ efforts to dilute the Redstones’ control.

After a pint-sized version of CBS ad sales chief Jo Ann Ross appeared in a pre-taped sketch with the cast of Young Sheldon (“All she ever talks about is selling stuff!” whined one Sheldon sibling), she took aim at competitors NBCUniversal and Fox and their efforts to reduce ad loads in this year’s upfront.

“Unlike those who are focused on commercial loads, we do not believe that advertising is ruining the television business,” she said, to loud applause. “At CBS, we are unapologetic about our support for advertising.” Ross also unveiled CBS’ new data and analytics offering for marketers, called CBS DnA (Data and Audience).

Execs walked buyers through the new fall schedule, which was generally well-received by the crowd, with the upcoming Murphy Brown revival the warmest reception.

“It’s so great to have the gang back together And it’s wonderful to hear so many Americans actually cheering a bunch of journalists,” said Candice Bergen, who explained that the cast didn’t shoot a pilot for the revival because they want the show to be as topical as possible and they would already be “several Stormys out of date.”

CBS shared the trailer for comedies Happy Together and The Neighborhood, though on the latter show, the network has already decided to replace Josh Lawson, who played a friendly Midwesetern guy that moves his family to a tough L.A. neighborhood in the pilot, with New Girl’s Max Greenfield.

Buyers had strong responses to all of CBS’s drama trailers: Magnum P.I., FBI and God Friended Me.

And after a week in which most media companies made only vague promises about what buyers could expect from them during the next year, Kahl wasn’t afraid to make some big predictions. He declared that FBI, which will air between NCIS and NCIS: New Orleans on Tuesdays, will be “the most-watched new drama of next season.” And the network’s reboot of Magnum P.I. “is the kind of show that always works on CBS,” he said.