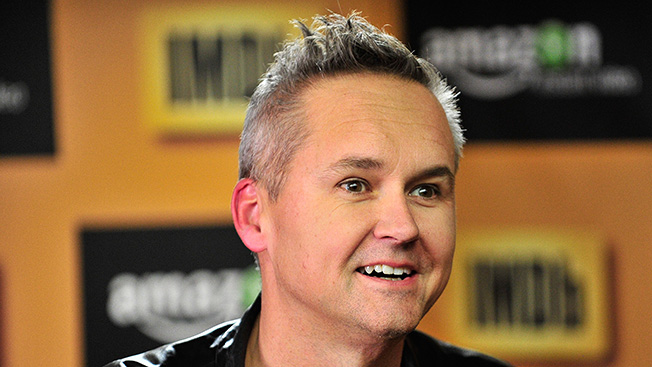 Just two and a half years ago, Amazon Studios did not exist as a streaming service. But since then, Amazon has slowly but surely built up a stable of original series. Last fall, it took a big leap forward in legitimacy, and it began to finally match the quality of Netflix's shows thanks to Transparent, which landed 11 Emmy nominations and became Amazon's signature series.

Earlier this week Amazon set its fall lineup, with a new or returning show rolling out each month (including Season 2 of Transparent, which begins streaming on Dec. 4). The company also revealed that despite Woody Allen's public protests, his upcoming Amazon series is on track to air later next year. And today, the streaming service rolls out two new pilots—the marvelous drama Sneaky Pete and Casanova—and will solicit feedback from Amazon customers as it decides whether to pick them up for a full season.

In the midst of Amazon's busy week, Amazon Studios director Roy Price sat down with Adweek to talk about his new pilot strategy, "Woody being Woody" and why ratings don't matter.

Adweek: From the beginning, Amazon Studios' primary objective has been to make Amazon Prime customers happy enough to keep renewing their subscriptions, while also bringing in new Prime customers. Is that still the case?

Roy Price: Yes. You're both serving the Amazon Prime customer, which is great, adding value on top of the stuff that they already have, and also introducing the service to new people, who may not have been using it but were attracted because they hear about the shows. So those are the two goals, and we're seeing success on both dimensions.

When you made the deal last week with the Top Gear team, had you been looking to push into the automobile genre, or did you specifically want to be in business with them?

I think you want to be in business with people that are, or are going to be, the voices of their time. And when those people become available and they want to do something, you need to get into that conversation and see if you can be a part of that.

Woody Allen keeps saying how much he regretted making his Amazon deal. Was that just Woody being Woody, or did he ever come to you and say he wanted out?

That's totally Woody being Woody. The thing to worry about would be if he was suddenly super sunny and positive about it. Then I'd be worried [laughs]. But we met on Friday, all systems go, looking good, on track. We'll shoot around the turn of the year. It's all good.

Can you say anything about what his show will be about?

I have nothing else to say at this time.

It seemed as if some people were interpreting his earlier comments to mean that you were forcing him to stick to a deal that he didn't want to be a part of.

We would never do that, because you're not going to get a good show. That was not the case.

The Woody Allen show is going straight to series. Will you do more straight-to-series orders going forward, or do you still enjoy Amazon's public pilot process?

Straight to series will always be the exception, but if it's the right answer in a particular circumstance, we'll do it. But it has to be a very particular set of circumstances and talent. Most of the time, we will not do it.

You're debuting only two new pilots Friday after rolling out 13 in January. Does this mean you're transitioning to a smaller number of pilots for each round?