From charging head-on into a legal battle with the “evil Swedish Milk Lobby” to putting their creative department front and center, Oatly refuses to play by any rules but its own. With brand-love growing around the globe and recent backing from icons like Oprah, Jay-Z and Natalie Portman, what is the secret to their fearless approach to driving business growth? John Schoolcraft, Oatly’s Global Chief Creative Officer shares the power that comes from building full trust from your CEO, believing in a greater purpose and bringing their rebellious challenger brand tone to life across every touchpoint to disrupt not only their category but the food industry at large.

What first attracted you to Oatly?

At first, I wasn’t attracted at all. Toni and I have been friends for like 25 years and when he originally called me and told me that he got the job as CEO of an oat milk company and asked if we could do something, my initial reaction was, “Really? I am really happy for you Toni but oatmilk sounds disgusting. I wish you well.”

It sounded like the most difficult product ever to work with. Nobody knew what it was (unless of course you were lactose intolerant or vegan), the packaging was the worst I had ever seen anywhere, and it didn’t sound like something I would ever want to try. But Toni is very persuasive, and as we started to work with it, it became very clear that Oatly was less about a specific product and more about helping people make small changes in their lives that would prove to be both nutritionally good for them and for the planet. 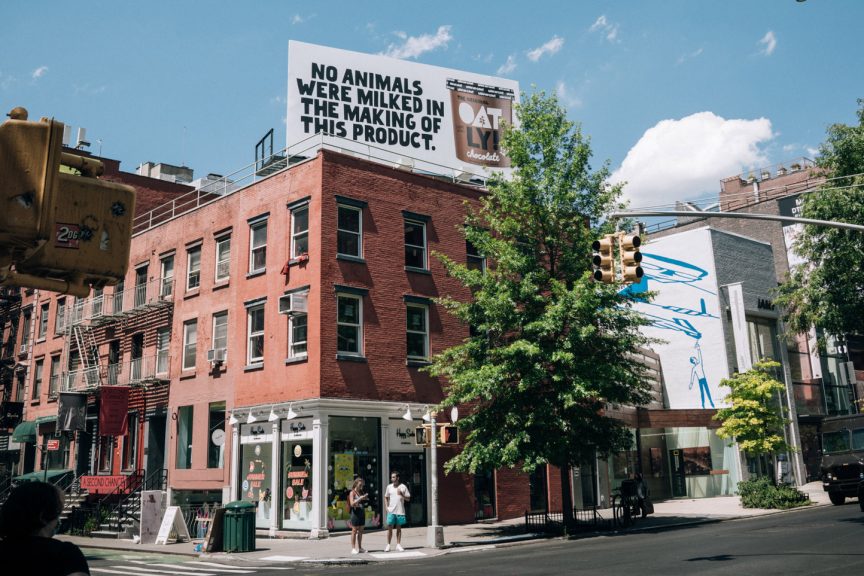 How did you get to where you are today? Any noteworthy aha-moments along the way?

The real answer? Back in 2012, when our CEO Toni Petersson and I started at Oatly, he let me kill the marketing department entirely and replace it by putting a creative department at the center of the company. We don’t have a marketing department at all. For real. We have a creative department that we call the Oatly Department of Mind Control. We brief ourselves, do the work, and then approve it when we think it is good enough. No one in the company except Toni can stop anything we do, and we have a deal with Toni that as long as what we do is world class, he can’t stop anything either, even if he doesn’t like it.

How is Oatly challenging the industry?

Historically the food industry hasn’t been known for its transparency, so one of the first things we did back in 2013 was not only to list all of our product ingredients on our website, but also where the ingredients came from in order to make the entire production chain as transparent as possible.

Last year, in order to provide consumers with transparency regarding the climate impact of the products they consume, we added a carbon footprint label to all of our products in Europe and challenged the food industry to follow with a campaign entitled: Hey food industry show us your numbers! This resulted in multiple retailers moving toward standardizing carbon footprint labelling, the German Parliament agreeing to consider mandating this into a law and earlier this summer food giant Unilever committing to begin labelling 70,000 of their food products.

Having said this, we are actually less into changing the industry than we are into finding ways to help people make small changes in their lives... We are not a food company but a sustainability company, fighting for future generations’ right to have a planet to live on. That’s a very powerful belief system. “

“We are not a food company but a sustainability company, fighting for future generations’ right to have a planet to live on.”

Oatly has noticeably stood out with its creative approach. What fuels this POV and what learnings have you had along the way?

… Instead of looking at columns of numbers in a spreadsheet, we spend all of our time studying culture. We listen to real people on the street, in coffee shops, in our social feeds and to people that love to tell us how much they hate our packaging and adverts. In each new market we enter we try to find the epicenter of culture. I have asked so many industry people in the US where they think culture starts and the best answer I got was in a sneaker shop in Brooklyn. No one is really thinking in these terms, but if you want to create societal change, nothing is more important than understanding where cultural shifts start and why. And we trust our instincts.

What’s one eye-opening discovery you’ve had about your consumers?
That they are easier to reach when you treat them as humans and not as segmented target groups plotted into a quadrant on a powerpoint graph. If you believe that humans don’t really need brands, that they are looking for something more real, then you will end up working to give them something more real instead of just creating marketing campaigns to sell products.

What learnings changed the way you navigate your career?

Realizing that negative feedback, adversity, conflict, failure whatever negative force is at play in any given situation is the most powerful brief you can receive. When we got sued by the evil Swedish Milk Lobby back in 2014 for the line “It’s like milk but made for humans” (and eventually lost despite the fact that that line is 100% true), it provided us with a platform to fight corporate bullying and made us instantly famous in Sweden, shaving 5 years off our growth targets. Thank you, evil Swedish milk lobby.

What are you working on right now?

Working with farmers in Iowa and Minnesota to re-introduce oats into the Midwest as a potential means to improve soil regeneration while increasing their profits, a mind-blowing portfolio of new product launches, how we can best help the coffee industry get back on its feet, disregarding what everyone in the ad industry considers to be innovative, developing the Oatly voice to inspire people to do cool things and make cool changes in their lives. 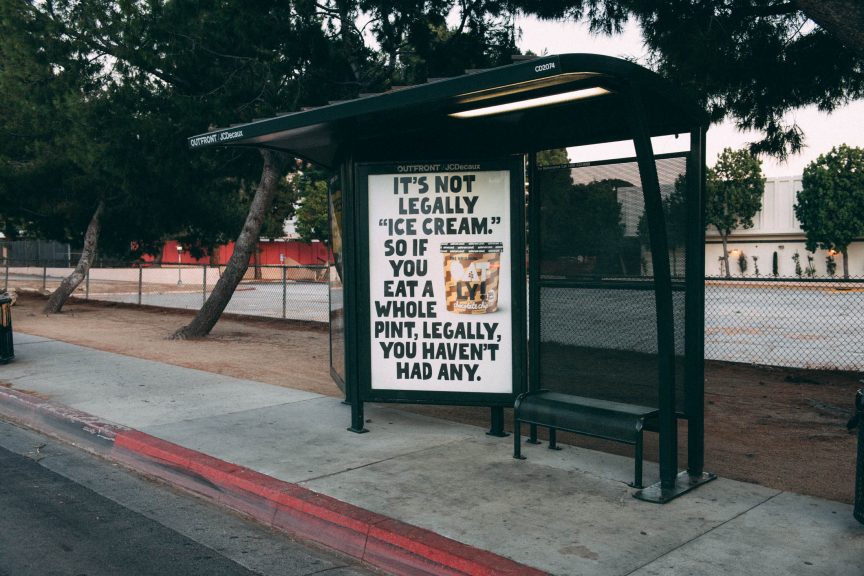 What’s currently happening in marketing and that most excites you?

Nothing in marketing is interesting. What’s interesting is what is happening in society. That people are holding companies responsible for their actions, that it is no longer enough to develop and produce a campaign that has no relevance whatsoever except to get someone to engage in a transaction. … The rethink of consumer spending opens massive opportunities for companies to use their business as a platform to create change.

Once you establish [trust], you remove the fear of making mistakes so everyone can make them.

Trust is everything. Once you establish that within a team, you remove the fear of making mistakes so everyone can make them. And once trust is solid, it allows you to do things like we do with Toni, our CEO. We stick his face on our packaging or shoot a commercial where he is in the middle of an oat field singing a song we made him write on a 1980s keyboard. Toni hates this, for real. He is a super private person, very humble and hates being in the spotlight. But he understands the relevance of what we are doing. He understands that if he allows the creative department to fuck around with him, if he grants us his trust, that people outside the company will understand we are group of real people and not just a logo and that, in turn, will help to build long-term trust between consumers and Oatly.