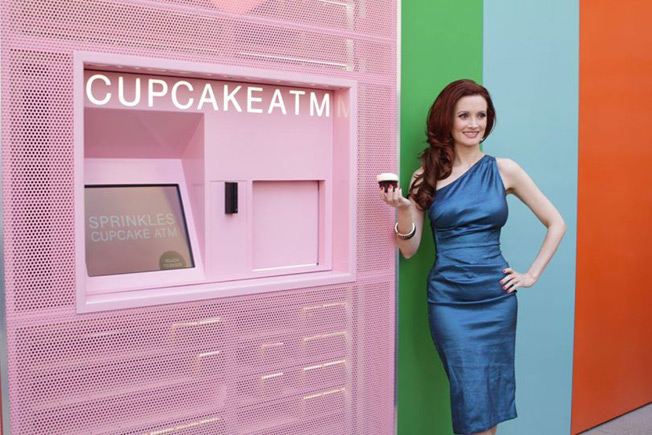 If you're a cupcake lover, you live in New York City and you're a fan of machines that dispense things, we have good news for you.

Sprinkles Cupcakes, a supplier of gourmet delectables to the elite, including Holly Madison, Mindy Kaling and even Santa Claus, is giving you what you need—a 24-hour cupcake ATM.

New York's first Cupcake ATM, which can hold 760 cupcakes at a time in 20 different varieties, is located next to the Sprinkles Cupcakes bakery on the Upper East Side. The cupcakes cost $4.25 each in flavors like red velvet, Cuban coffee, banana dark chocolate and cinnamon sugar. You can also get two special mini cupcakes designed for your dog for $5.

It's hardly the neighborhood where people are generally jonesing for a midnight fix. But who knows? Perhaps this machine can turn the UES into Alphabet City of the '70s.