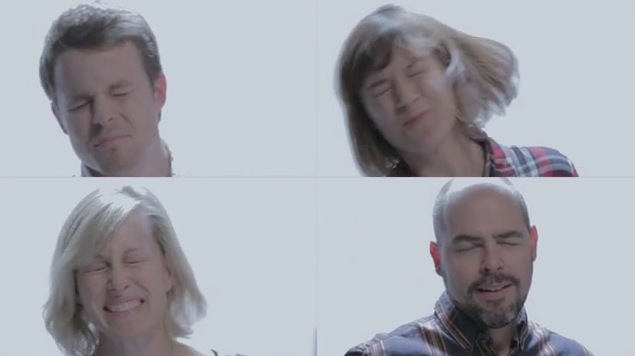 Here's the last parody video we're going to post from Strategy magazine's Agency of the Year event in Toronto. It's Leo Burnett's entry, and it seems the agency has found a unique way to make its employees more creative—by having them do shots and then literally slapping the tired old ideas out of their heads.

Burnett calls it "Slapshot," and it seems to be working, judging by the impressive numbers in the fake case study below. And certainly, beta testing in Cannes was an inspired idea.

The slapshot idea isn't new—in most other places it's called a "whiskey slap," and it appears to be a party game among bros in certain parts of the country. (It also shows up in the movie Beside Still Waters, judging by the trailer.)

It's jarring, for sure, to see the Burnett staffers, male and female, clearly getting slapped in the face for real. Though as the voiceover says at the end: "No one was harmed or offended during the making of this video. Participants were willing and even excited about their involvement. Leo Burnett company in no way endorses violence of any kind against advertising people or any people."

Join the foremost brand marketers, such as Marc Pritchard, Brad Hiranaga, Kory Marchisotto and more, for Brandweek Masters Live on Sept. 14-17. Secure your pass and learn from the brand masters.
Share
http://adweek.it/10YXL4t