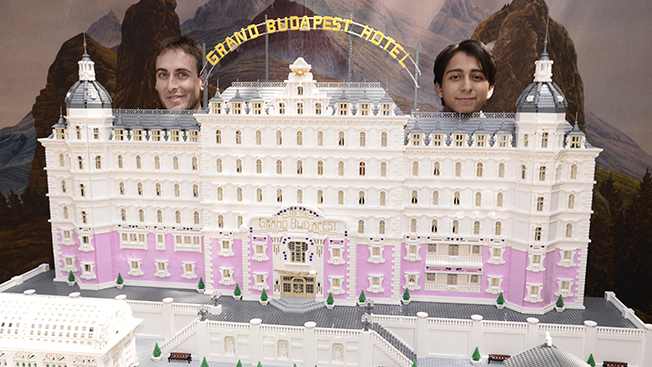 To help promote the DVD and Blu-ray release of Wes Anderson's delightful film The Grand Budapest Hotel, distributor 20th Century Fox Home Entertainment commissioned Lego sculptors (yes, this is a thing) to build a huge replica of the title dwelling. The result is accurate down to the last detail, as befitting of Anderson's maniacally detailed mind.

The company put out a time-lapse video of the model being built by Ryan Ziegelbauer and his team of Lego craftspeople, complete with the actor Tony Revolori (who made his debut in the film) adding the finishing touches to the massive creation in front of a painting that looks a lot like the ones used in the movie.

The hotel will be a part of A+D Architecture and Design Museum's size and scale exhibit called "Come In! S, M, L, XLa", running from June 19 to Aug. 31 in Los Angeles.