Hopefully he's not drinking, too 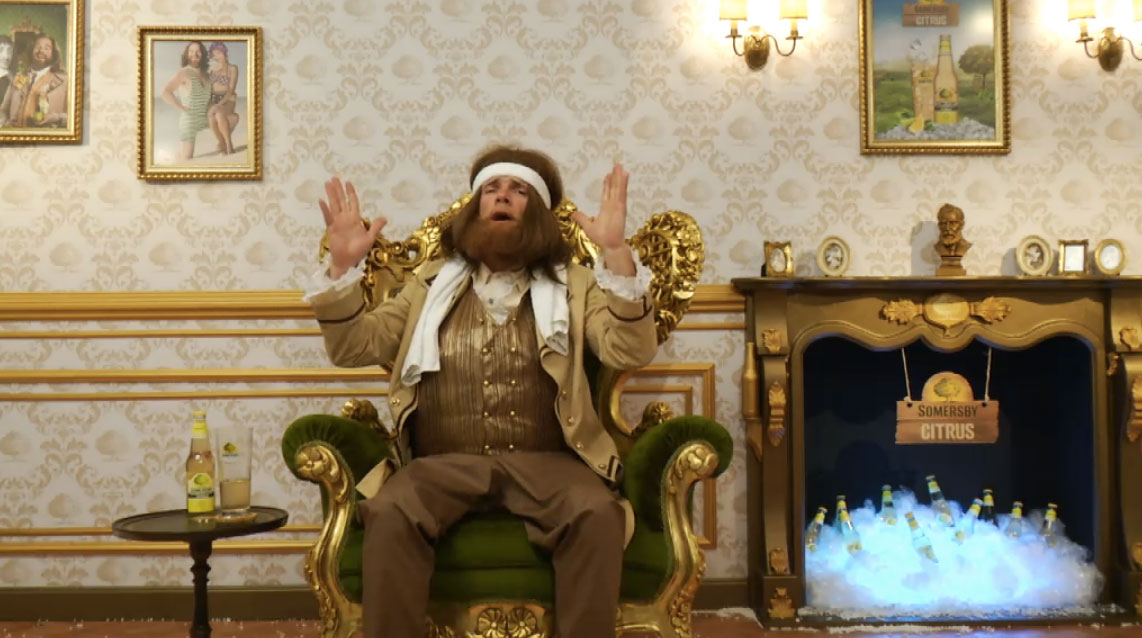 Livestreaming brand stunts are getting more and more popular—one of our recent favorites being the Waitrose campaign from the U.K. that showed live feeds from the grocery chain's farms. Here's a more gimmicky one from Portugal that tries to combine livestreaming with GIFs—or rather, a live-action imitation of GIFs.

It works like this: From 8 a.m. local time Friday to 8 a.m. local time Saturday, Somersby Cider is doing a livestream of a character named Lord Somersby sitting in front of a camera and making the same movements over and over—creating repetitive, GIF-like footage. The movements involve, naturally, showing off the product and drinking it.

Here's a real GIF we just made from the live-action "GIF":

As we type this, the guy is more than eight hours into the stunt. Thankfully, he's getting some breaks here and there to chat with guests. Viewers who are watching the stream on this Somersby site can vote for which guest should appear next. (The lineup includes eskimos, polar bears, penguins, a "real yeti," dancers and even a few Portuguese celebrities.)

Here's footage of the livestream as it's happening right now:

Ad agency Nossa in Lisbon dreamed up the idea. It's fun enough, and the guest aspect makes it less stultifyingly boring than it would have been (even if it lacks the purity of doing a proper 24-hour live GIF, though that would have been brutal).

It's also, of course, an endurance test for this poor actor, who is hopefully sipping apple juice and not actual alcoholic cider here. (If it is booze, the livestream will get pretty interesting later today, we imagine.) Regular bathroom breaks would be good, too.