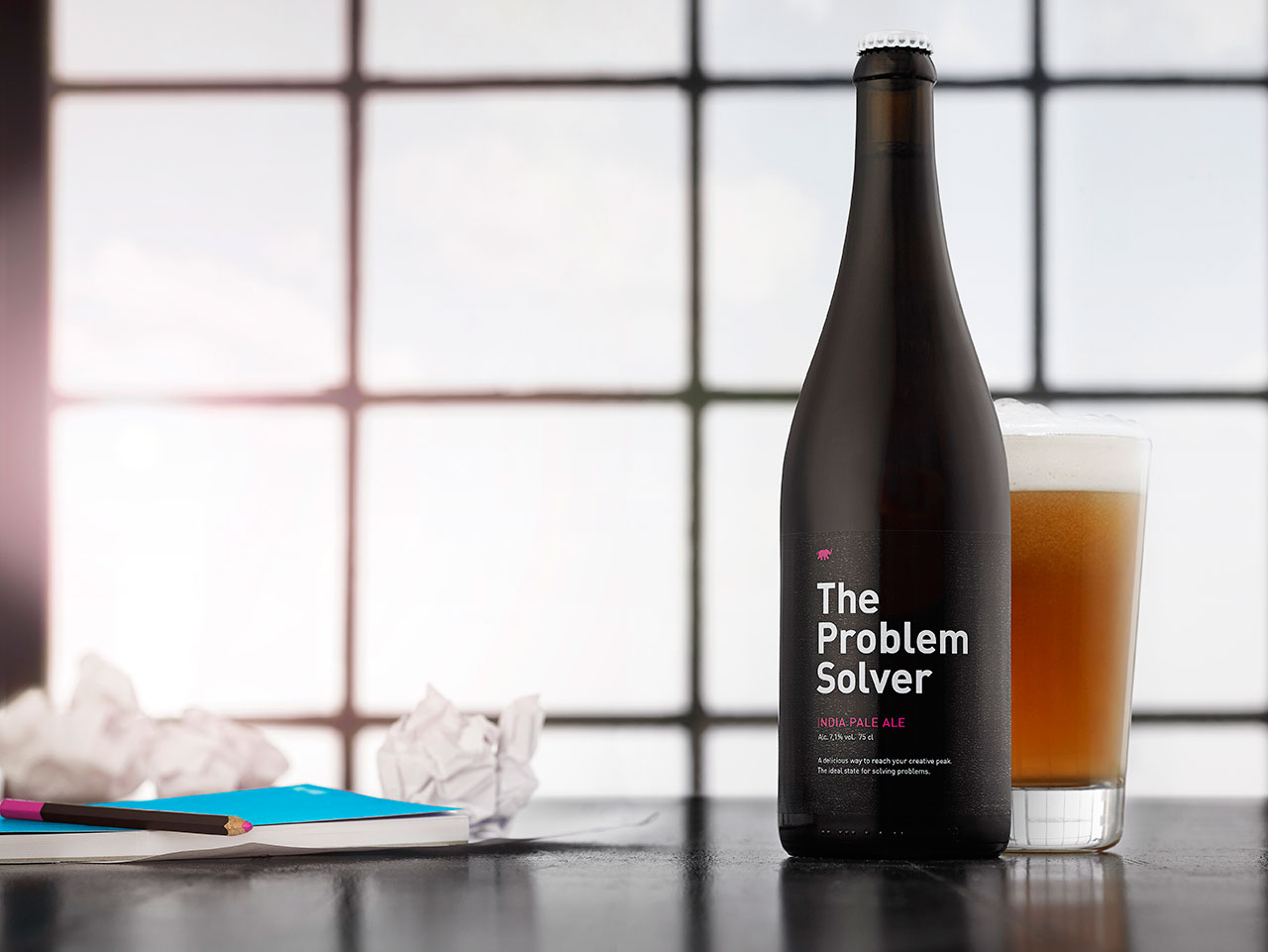 Science recently confirmed what we previously had only suspected—that alcohol, in the right amount, does tend to produce the most creative thinking. Professor Jennifer Wiley and her team at the University of Illinois at Chicago pegged the ideal blood alcohol content for creativity at 0.075 percent. That level is known as the creative peak, and may well be the ideal state for problem solving, inventing and general "out of the box" thinking.

Using that data, Crispin Porter + Bogusky's Copenhagen office has come up with the perfect beer for creatives—an IPA called The Problem Solver.

There's nothing too special about the beer itself. Instead, it's the label that will help you reach the magical 0.075 percent mark—it shows you how of the much of the bottle you need to drink to get there, based on your weight (see below).

It's a fun idea—though absurd to think creatives will stop drinking after half a bottle.

CP+B says The Problem Solver is currently served during after-hours workshops at the agency, at a local Copenhagen beer store and at a new initiative called "The Problem Solvers," in which community and charity groups are invited to the agency to brainstorm ideas over a beer.