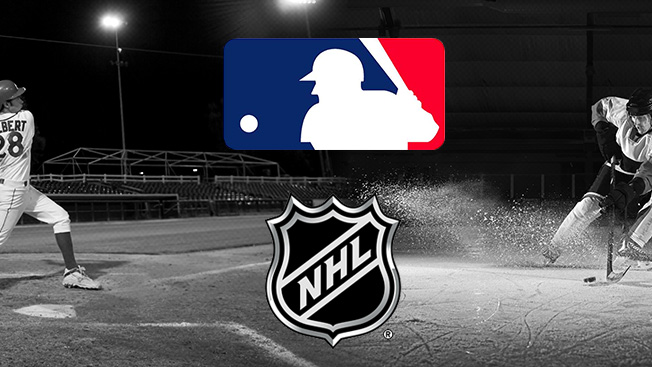 In what is billed as a "groundbreaking new partnership," MLB Advanced Media (MLBAM) is taking over the NHL's Web operations, apps, streaming video and NHL Network in January 2016.

The NHL Network will move to MLB Network's studios in Secaucus, N.J. and receive help with both programing and production from the folks at MLBAM. The announcement came Tuesday afternoon at a news conference that featured NHL commissioner Gary Bettman, MLB commissioner Rob Manfred, NHL COO John Collins and MLB business media president Bob Bowman at the hockey league's headquarters.

The six-year partnership will allow MLBAM to gain access to NHL content, while the NHL gains access to MLBAM's technology in an attempt to give fans a better experience. The agreement gives MLBAM rights to distribute live out-of-market games, including through the NHL GameCenter LIVE and NHL Center Ice subscription services in the U.S. and certain international markets.

"Two professional sports leagues in North America have never entered into an agreement of this nature, and there is a reason for that. Digital rights partnerships are extremely complicated, the digital revolution, or evolution, is changing every day, and a digital-rights deal certainly isn't something that Rob [Manfred] and I could have formalized over drinks at a Cornell reunion," Bettman said.

"Together, two sports could do more, be more and have more possibilities than one," Bettman said. "By combining our resources, we think the possibilities are endless."

MLBAM is a giant in its field, successfully working on a variety of non-baseball projects including HBO Go, WatchESPN, CBS Sports' March Madness and the WWE. MLBAM also runs the websites for Minor League Baseball, the YES Network and SportsNet New York. The NHL has been significantly behind the other major sports when it comes to digital content, while MLB's digital offerings are known to be smooth and innovative.

"One of the most important things that any sports league or commissioner can do is make that sure that you deliver, to your fans, your content or games in the best possible way. We believe MLB Advanced Media has been a leader in that space," Manfred said. "We think in partnership with the NHL, we will provide that same sort of technology, that same sort of service that will be of great benefit to NHL fans."

NHL fans should get a wider variety of content that is better and more authentic. Each league will still control its own content, but joint projects are expected down the road. The NHL and its clubs retain editorial control across all platforms.

Any extra cash from rights fees could result in higher salaries for NHL players, with the 2015-2016 cap at roughly $71.4 million per team. In 2013, when the NHL signed a 12-year, $5.2 billion Canadian TV deal with Rogers Sportsnet, the players benefited since the salary cap is directly tied to hockey-related revenue.

The agreement will affect a number of employees on the NHL side. Multiple employees of the NHL Network will lose their jobs, but the NHL hopes to transition some current employees to new roles.

Additional jobs will also "undoubtedly" be created at MLB Network's studios. The NHL's previous digital partner, NeuLion, will assist the league and MLBAM through the transition period.