Network unveils dates for its biggest DC superhero crossover ever 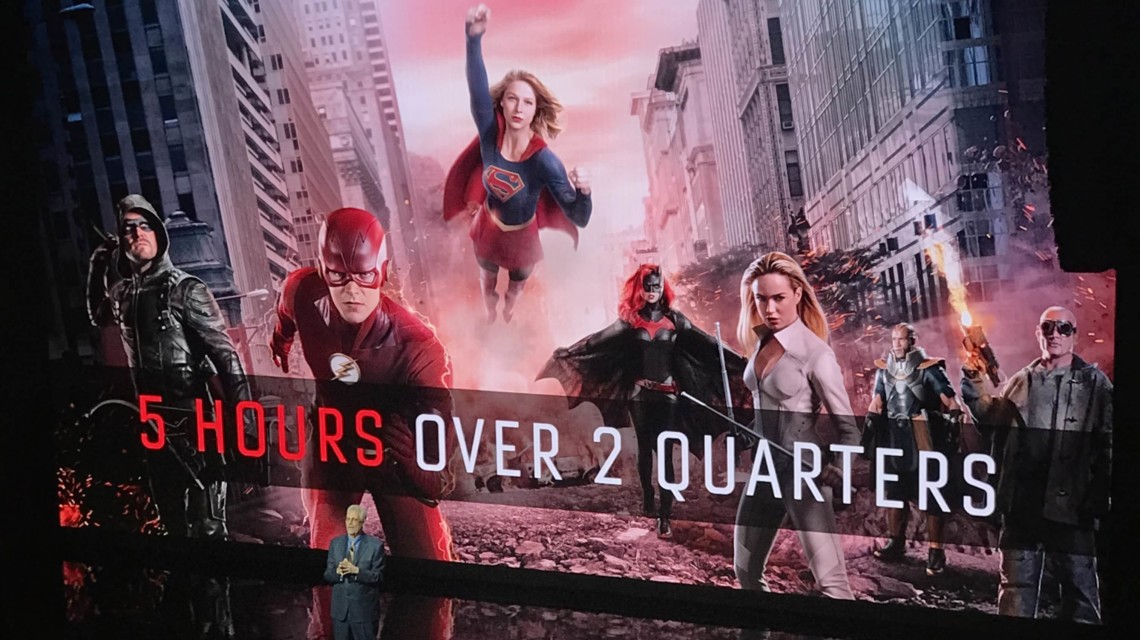 For the past three years, The CW has benefitted from a lucrative deal with Netflix in which full seasons of the network’s shows migrated to the streaming service just eight days after the respective season finale’s aired.

As that deal has now lapsed—though it will continue to apply to all the “legacy” series currently airing on the network—The CW has set a new digital strategy for all its new series going forward, including Batwoman, Nancy Drew and Katy Keene.

The CW has secured in-season streaming rights to all of its new series on its digital platforms, the network said today at the Television Critics Association’s summer press tour in L.A. All episodes of those show’s current season will be available on CWTV.com and The CW app, which does not require authentication to use.

Those full seasons will be available until 30 days before the start of the next season, at which point they will move off the platform. The series produced by Warner Bros. TV (Batwoman and Katy Keene) will move to HBO Max at that point, while the CBS TV-produced Nancy Drew will be available on CBS All Access. On Thursday, CBS Interactive president and COO Marc DeBevoise said that could evolve into a “long-term partnership” with all CBS TV-produced shows that air on The CW going forward.

Meanwhile, for The CW’s “legacy” series, only the five most recent episodes will be available on the network’s digital platforms, which will then continue migrating to Netflix eight days after the season finale airs.

The CW also beefed up the library today for its CW Seed app by acquiring off-season streaming rights to Pop TV’s Schitt’s Creek, which will also continue to stream on Netflix.

Moving forward, new CW series will no longer be able to benefit from the influx of Netflix viewers that helped boost the Season 1 audiences of shows like Riverdale. The CW president Mark Pedowitz said All-American has had a Riverdale-like run on Netflix this year, with fellow freshman series In the Dark also successful on the platform.

“We believed” in All-American, despite its meager linear ratings, and the Netflix response helped solidify that decision to bring the show back, said Pedowitz.

Today, the network also locked in the dates for what it’s calling its biggest DC superhero crossover event yet: Crisis on Infinite Earths, which will air over five shows in December and January.

The crossover will kick off Sunday, Dec. 8, on Supergirl, and then continue Dec. 9 on Batwoman and Dec. 10 on The Flash. It will conclude a month later, on Tuesday, Jan. 14, during back-to-back episodes of Arrow and DC’s Legends of Tomorrow.

Characters from The CW’s Black Lightning, which exists in a separate universe from the other series, will participate in the annual crossover for the first time. Because of “alternative universes collapse” in Crisis on Infinite Earths, “it felt like the right time,” said Pedowitz.

As Arrow signs off this season, “Batwoman is the next evolution” of the network’s Arrowverse of connected superhero series, said Pedowitz, who believes the Arrowverse “will continue for many, many years.” He said a new Arrowverse series is already in development for next season.

Supernatural is also ending after its upcoming 15th season because of its stars Jared Padalecki and Jensen Ackles’ decision to “go out still relevant, be with their families and see what else what out there in the world,” said Pedowitz.