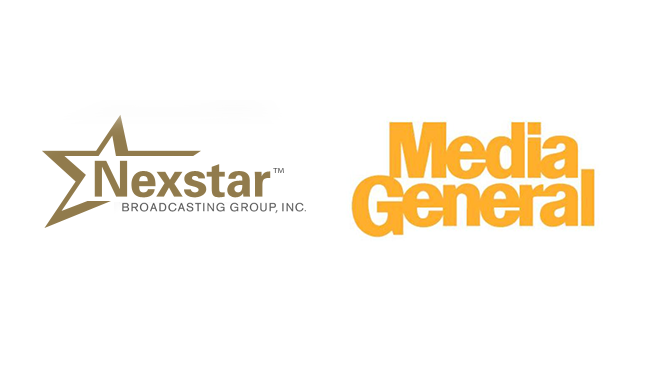 "The transaction we are proposing would be a transformational event for both Nexstar and Media General shareholders and would deliver superior, immediate and long-term value to Media General's shareholders compared with Media General's proposed acquisition of Meredith," said Sook in a statement. "Our proposal would also enable Nexstar and Media General shareholders to participate in the near- and long-term upside of a pure-play broadcasting company with expanded audience reach, a more diversified portfolio, and a significantly stronger financial profile, including substantial free cash flow per share, led by a proven broadcast and digital media management team."

As it looks to torpedo the Meredith-Media General deal, Nexstar noted that its proposal would allow Media General to avoid a return to publishing, as Meredith owns several magazines, including Better Homes and Gardens, Shape, Parents, and Family Circle. Media General, which began as a newspaper company, sold most of its print publications to Berkshire Hathaway in 2012. Late last year, Media General finalized a merger with LIN Media, giving the company a 23 percent reach of U.S. TV households.

"Given the compelling strategic and financial value of a combination, it is illogical that Media General's Board has refused to engage with us and has instead pursued an ill-conceived and value-destructive acquisition of Meredith that would once again expose Media General shareholders to the risks of the low-margin publishing business," said Sook.

If the original deal goes through, Meredith Media General would be the third-largest owner of network affiliates, reaching approximately 30 percent of U.S. homes, with 88 stations in 54 markets.