Launching a Subscription Service of Its Own, Fullscreen Joins a Crowded Streaming Market 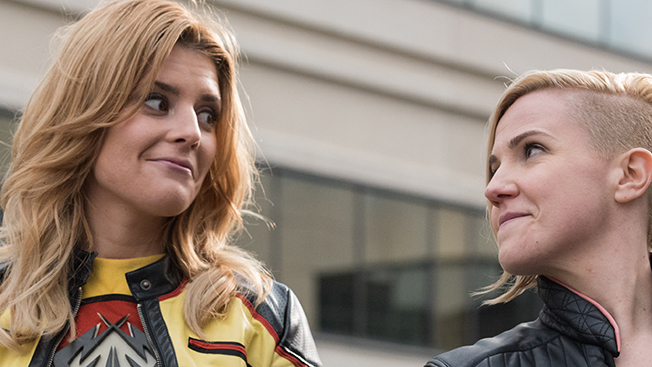 The past half decade has seen the rise of the multichannel network, where thousands of creators produce hundreds of hours of content to satisfy millions of subscribers. They are video collectives built on the back of the free service YouTube.

But as such networks grow up, they are realizing "free" (or ad-supported only) content won't pay the bills. Defy Media, AOL and YouTube have recently launched paid services. The newest entrant is Fullscreen, the 5-year-old brainchild of YouTube veteran George Strompolos, who's hoping that among his 600 million subscribers, there are enough superfans willing to pay $5 a month for premium content with no ads.

And Strompolos knows just who to target.

"We're very specifically going after the teen and young audience that grew up in the social and mobile-first environment," Strompolos said. Fullscreen is not looking to compete with big-time SVOD services like Netflix and Hulu. Instead, Strompolos is looking to monetize younger viewers—the 13-30 set—who are already watching.

Fullscreen's subscription service, called fullscreen, launches April 26 and will cost $4.99 per month, cheaper than YouTube Red ($10 per month) and more in line with NBCU's Seeso ($3.99) and Defy Media's Screenjunkies Plus ($4.99). It will be available on iPhone, iPad, some Android devices and Chromecast.

So, what sets Fullscreen's subscription service apart from the others? Strompolos says it's all about community. "[Other services] do a really good job of giving you content," he said, "but they haven't necessarily succeeded in creating an environment where people discuss content."

Strompolos wants the service to feel more like a hangout where subscribers chat about the content and become creators themselves. "They can make GIFs and riff off the content, really create the foundation for a community," he said.

The service will feature a mix of original content from Fullscreen creators and licensed content. The originals are anchored by Grace Helbig and Hannah Hart's revival of Sid and Marty Krofft's 1970s TV series, Electra Woman and Dyna Girl; Paul Scheer and Jonathan Stern's Filthy Preppy Teen$; and Jack & Dean of All Trades. Fullscreen has also licensed TV series including Dawson's Creek, Daria, Saved by the Bell, Happy Endings, Suburgatory, and films Cruel Intentions and Can't Hardly Wait. All in, Fullscreen says its service will have around 800 hours of content.

AT&T—which is a co-owner of Fullscreen through Otter Media—has signed on as a launch partner and will collaborate with Fullscreen to market and promote the service. AT&T will also co-produce premium content that will run on the new service as well as on DirecTV's Audience Network.

"If we're going to go after an audience that is social and mobile first, is young adult in nature, that's an audience we know really well," said Strompolos. "We've been entertaining that audience for five years."