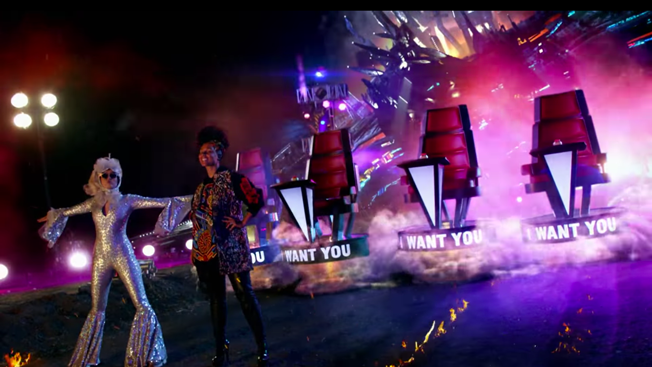 NBC has been taking advantage of all the extra eyeballs on its network during its Rio Olympics coverage, by running several promos for its fall shows. But audiences might not see quite as many of them during the Olympics' final week, if ratings don't improve and NBCUniversal doesn't meet the household guarantees it made to advertisers.

While NBCUniversal sold more than $1.2 billion in national Olympics advertising—75 percent of which came from NBC's prime-time coverage—a portion of its available inventory was reserved to promote NBC shows, and programs throughout the NBCUniversal portfolio.

"The company has essentially purchased a huge swath of time in the Olympics, for the NBCUniversal portfolio. And there's a whole group in Rio, managing this as it goes along," said Jeff Bader, president, program planning, strategy and research for NBC Entertainment.

NBC's promo approach is similar to previous Olympics, said Len Fogge, president of marketing and digital for NBC Entertainment. "It's no different than what we did last time. We have a promo scheduling department, and this is just a lot more GRPs [gross ratings points] to be working with. In terms of the shows and the weight, we look at what our priorities are," said Fogge. "Start with The Voice, and go to the new shows [Timeless, This is Us and The Good Place], and then the sophomore shows that are in new, key time periods [Superstore, Blindspot and Chicago Med], and then all the rest. I think most shows are represented in the Olympics."

The Voice and Superstore also have more urgent promotional needs for NBC, as both shows will be airing special previews following Olympics coverage later this week: an Olympics-themed Superstore episode airs Friday, while NBC will preview the upcoming 11th cycle of The Voice on Sunday, after the closing ceremony.

Because "this is a huge Comcast priority," said Bader, promos for NBCUniversal's cable network, as well as Xfinity, are also airing on the network during the Olympics.

However, the actual number of promos that air will depend on whether NBC meets its ratings guarantees to advertisers. This year, NBCUniversal guaranteed advertisers household live-plus-same-day ratings "in the high teens" for NBC's prime-time coverage, Seth Winter, evp of ad sales at NBC Sports Group, told Adweek. That's in the range of the 17.5 household rating that 2012 Olympics averaged.

"If we exceed the ratings guarantee, then we will start getting more promo time because less will go to sales, because every unit is worth more. So they've been reviewing all the promo spots, because they have to have them ready to go," said Bader. But the reverse also holds: If NBC doesn't meet its ratings guarantees—and so far, Summer Olympics ratings have been falling short of London's numbers—then some of that promo time will be repurposed for advertiser makegoods.

Once the Olympics conclude next Sunday, NBC will continue to heavily promote its new shows in the four weeks leading up to the start of the fall season. "We're in a good position, because we still have four weeks after the Olympics of [American] Ninja Warrior, America's Got Talent, Better Late Than Never and Night Shift. We're virtually all original, plus Sunday Night Football starts," said Bader.