Here’s What Happened During the Pepsi Super Bowl Halftime Show

No Janet Jackson. No NSYNC. Just an upbeat medley of Justin Timberlake's best. 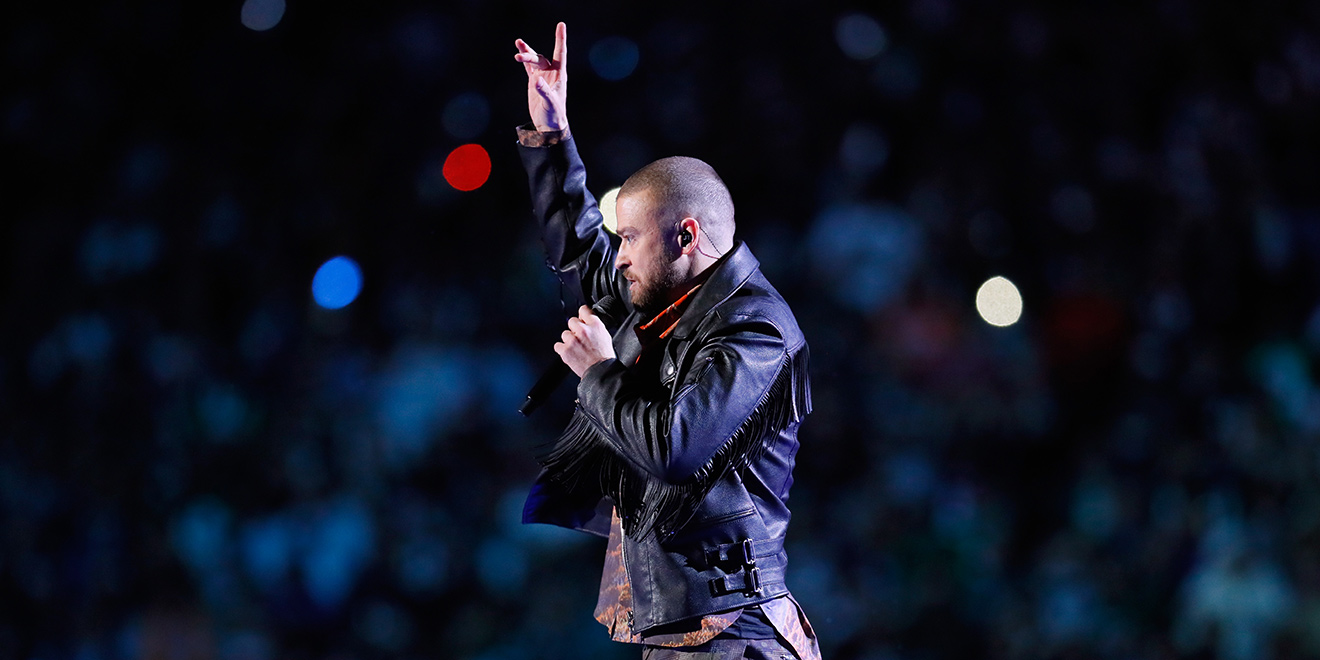 Timberlake performed a medley of hits, including “Rock Your Body,” “Sexy Back,” “My Love” and “Cry Me a River.”
Getty Images
Share
By A.J. Katz
|
February 4, 2018
Share

For pop-culture enthusiasts, the Super Bowl halftime performance is one of the most highly anticipated events of the year. Lady Gaga lit up Houston’s NRG Stadium with her performance last year, where she was joined by 300 of Intel’s Shooting Star drones.

Timberlake, headlining the Super Bowl halftime show for a record third time, was introduced by his buddy and Tonight Show host Jimmy Fallon, who was drinking a Pepsi.

He kicked off the performance with a tune from his new album Man of the Woods, which debuted Friday. He then went into a medley of some of his biggest hits, including “Rock Your Body,” “Sexy Back,” “My Love” and “Cry Me a River.” He moved from a massive stage, where he was joined by a number of backup dancers, onto the field with a massive brass band.

There were rumors in the days leading up to Super Bowl as to who would join “JT” on stage at U.S. Bank Stadium in Minneapolis.

Many wondered if Janet Jackson would make a cameo. The two, of course, shared the stage the last time Timberlake took the Super Bowl halftime stage in 2004, when the now infamous “wardrobe malfunction” happened.

Jackson did not appear, despite #JanetJacksonAppreciationDay trending on Twitter all day.

A second rumor surrounding tonight’s performance was that a hologram of the late music icon (and Minnesota native) Prince would be shown on stage during the performance.

The move would have been controversial because Prince himself spoke out against the use of “virtual reality” performances in 1988.

The rumor was seemingly shot down on Saturday after Sheila E., a longtime friend and collaborator of Prince’s, tweeted that she had spoken to Timberlake Saturday night.

“[He] shared heartfelt words of respect for Prince & the Purple fans,” she tweeted. “I look 4wrd 2 seeing what I’m sure is going 2 be a spectacular halftime show. There is no hologram.”

Timberlake performed a brief tribute to Prince, going with his classic “I Will Die 4 U.” The late musician was shown on a massive projector screen performing the song in unison with Timberlake—so there was no hologram, just a projection.

The city of Minneapolis was also shown lit up in purple during the performance.

How about the guys from NSYNC? Would they join Timberlake onstage? Nope, they didn’t make a cameo either.

A 13 year old Massachusetts boy Ryan McKenna got a selfie before Timberlake wrapped things up. His photo went viral, and he’ll be appearing on GMA tomorrow.

After all was said and done, it was a relatively simple, yet upbeat Super Bowl halftime show. There wasn’t really anything that will get people talking at the water cooler tomorrow morning. And based on the fall out from the last time Timberlake took the halftime show stage, that might be a good thing.