Pretty Much Everyone Outside New England Believes Tom Brady Is Guilty 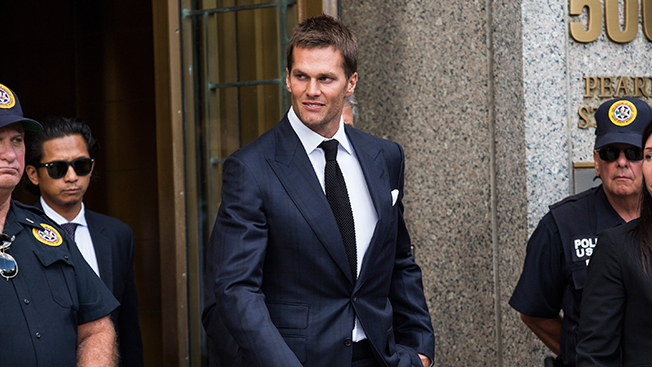 Tom Brady was in a Manhattan courtroom Wednesday for a hearing over his involvement in the "Deflategate" scandal. But in the court of public opinion, the New England Patriots star has been found overwhelmingly guilty, according to data from SessionM.

The company, which describes itself as "a provider of mobile loyalty and engagement solutions," queried some of its 30 million monthly active users for their thoughts on "Deflategate." SessionM says it received more than 8,000 responses and broke it down for Adweek on a state-by-state basis. Here's how many residents think Brady is innocent: Except for Patriots territory—Rhode Island, Massachusetts, Maine and New Hampshire—the majority of people (including everyone who participated in South Dakota and Wyoming) believes Brady played a role in deflating those footballs in last season's AFC Championship Game.

SessionM also found that more women than men—albeit slightly—believe Brady is guilty of wrongdoing, while younger people tended to side more with the three-time Super Bowl MVP than older audiences. The NFL had scheduled the defending Super Bowl champion Patriots to kick off the 2015 season at home against the Pittsburgh Steelers on Sept. 10 on NBC. Unless Brady's suspension is overturned, Pats fans will have to settle for quarterback Jimmy Garoppolo in that game. The Patriots kick off their preseason tonight against the Green Bay Packers in Foxborough, Mass. Brady is not expected to play in tonight's game, either.