8 Things the Time Warner-Comcast Merger Will Do

If you're in media, this affects you 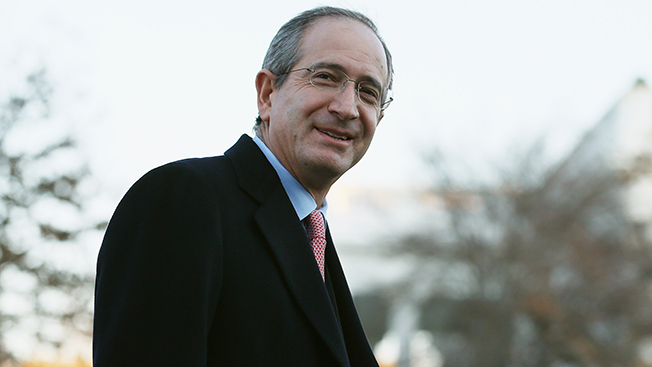 The Comcast-Time Warner merger is underway, and it's one of the biggest media deals in recent memory: $45.2 billion for the distressed cable conglomerate at a dramatic moment when it looked like John Malone's Liberty Media and rival cable outfit Charter were going to lay siege to the place until TWC capitulated. Now, though, Comcast has officially had its bid for Time Warner accepted and is on its way to becoming the proud owner of an unprecedented share of the market. Here are a few things that it will do:

Comcast plans to divest 3 million subscribers in order to make the deal more attractive to regulators, who are already looking askance at the company since it acquired NBCUniversal in a deal marked by regulatory shenanigans. So when that divestiture happens, other cable operators will profit from the surplus—new cable subscribers are thin on the ground these days.

2. Give NBCU About 30 Million Users' Data for TV Ad Sales

Ad sales head Linda Yaccarino announced in January that NBCU would be debuting a new ad sales division with the lengthy moniker NBCU+ Powered by Comcast. The service—which relies on opt-out data provided by Comcast's prodigious user base—is the kind of thing third-party data brokers have been crowing about for a couple of years now, but instead of data from a few clandestine cable providers in the ever-shrinking independent market, NBCU+ had the 21.7 million users of its corporate parent. Now (if regulators don't object) it will have more like 30 million users to mine for insights.

A Comcast-Time Warner union would further Twitter's ambitions of dominating the second screen. Comcast is a Twitter evangelist, believing that it is the social networking companion to TV. Last year, the cable company developed the See It button for Twitter, a new way to promote shows and direct customers to watch them on demand. Comcast told Adweek at the time that it was looking to expand See It's footprint, trying to recruit cable providers like Time Warner.

Apple's TV ambitions are in jeopardy, too. Apple was close to launching a new TV product, a set-top box with content deals in place to allow users to get their cable through the device. It was reported that Apple would show off its new TV box in April, and Time Warner would be the launch partner. Comcast has been viewed as more opposed to Apple's foray into television, and at the least an empowered cable company becomes a larger hurdle for the iPhone maker. The merger shifts even more weight to the cable industry, and Apple loses a little leverage in its negotiations.

One of the major reasons to buy a cable company is to increase profitability in a mature market—something you can only do by taking market share from somebody who already has it (by swallowing them whole, in this case). Of course, in order to realize that profit, you need to make the combined company more efficient, and one time-honored way of doing this is to consolidate your worker base.

7. Spend a Lot of Time in Washington

Comcast is one of the most aggressive lobbyists in the media landscape, mostly under the auspices of the Broadband Communications Association of Washington. With nearly a one-third share of the U.S. cable market and a vested interest in topics from net neutrality to wage laws, expect to see a lot—a lot—of influence exerted wherever possible by the combined entity, which will have some very strong opinions on things like antitrust regulation.

We're just saying, is all.