These Artists and Designers Transformed Goodwill Clothing Into High Fashion 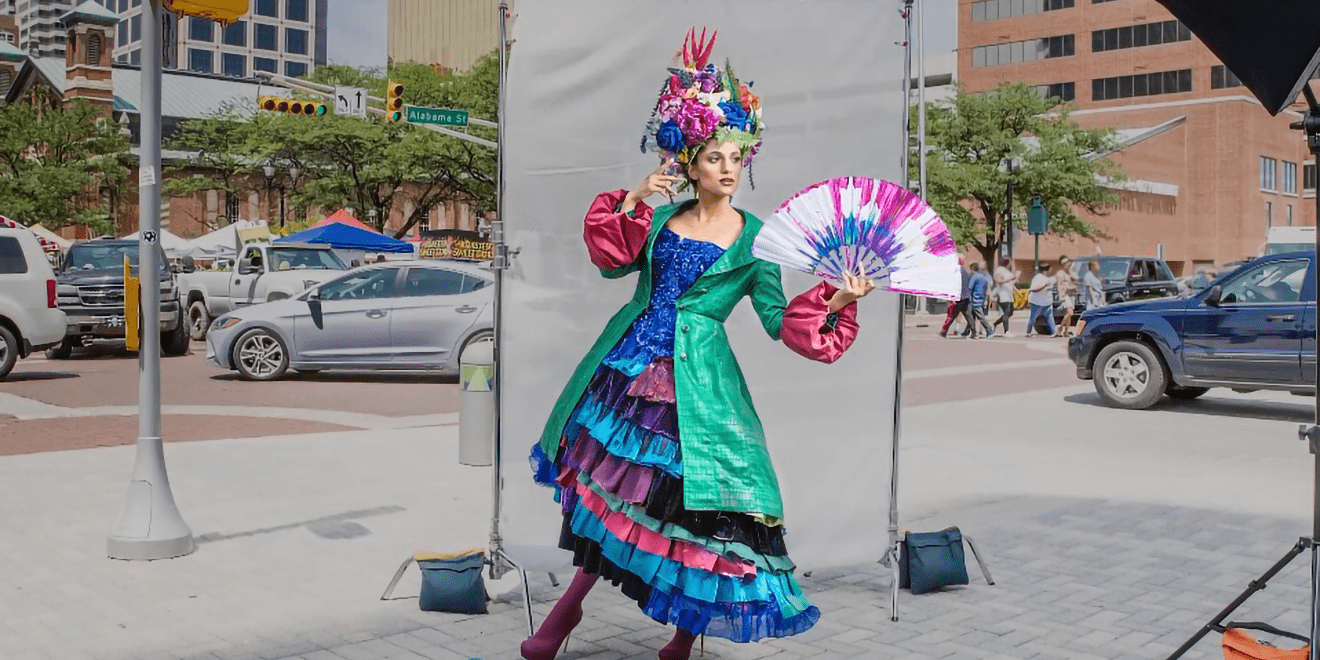 A quest for next-level fashion isn’t necessarily the domain of the world’s catwalks. In fact, some serious gems can be found in the most unexpected places—like Goodwill.

The element of surprise is a common factor with the nonprofit. While many may hit a fabric store to create something new, others value the choice and creative challenge of transforming something that has already been worn.

To that end, Young & Laramore (Y&L) of Indianapolis worked with Goodwill of Central and Southern Indiana, six area artists, and fashion and biannual culture publication Pattern Magazine to show how far creativity can take clothing that’s ready for its second act.

Strategically, the goal was to attract younger women and encourage them to consider Goodwill as a fashion resource. Further, the story wasn’t about people wearing the donated clothing as-is, but rather taking the raw materials and putting a DIY spin on it, from simple cosmetic changes to creating something entirely new.

“Some people like to discover an item in one of our stores and then put their personal spin on it, whether it’s a simple tweak, like raising a hemline, or a major project where you rip out the seams and start from scratch,” said Cindy Graham, marketing vp for Goodwill Industries of Central and Southern Indiana.

The result is an impressive, immersive campaign with fashion that could very well be plucked from the world’s biggest fashion shows. While Goodwill usually uses TV as its primary medium, this campaign is more social-forward on Facebook and Instagram and will be prominently featured in Pattern’s fall art issue. 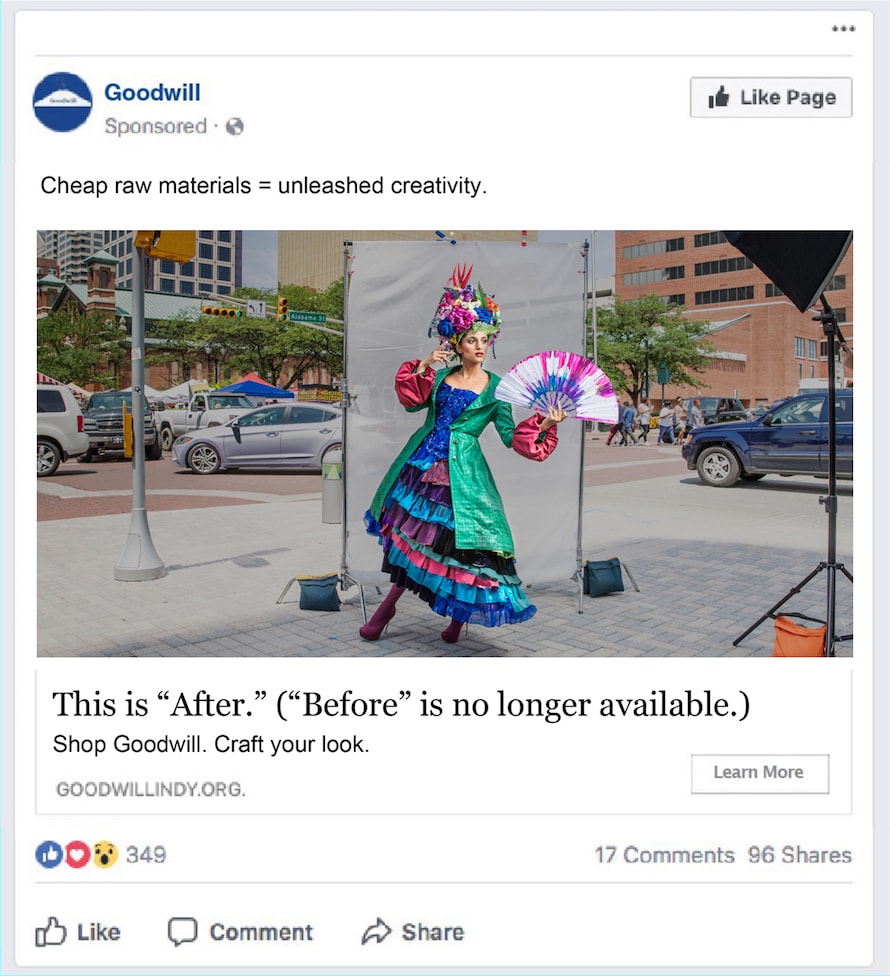 The campaign is wholly positive and fun, with an element of compelling discovery throughout the process.

Yemi Sanni, a Nigeria-inspired artist and clothing designer, said that she was surprised by “the amount of variety and styles, and the quality of everything they had in the store.” Additionally, she found the store to have more of a “clean boutique layout,” something that the brand has worked on for a few years.

For his part, painter Benny Sanders has long known the secret of shopping at the store. “I would much rather go to a Goodwill because I’m always looking for older things to bring back to life,” he said. The jacket he created is wearable art that would be the envy of any designer.

But the piece-de-resistance of the campaign may very well be from Parsons School of Design Student Beck Jones. Taking a green coat from Goodwill, he added 18th-century Marie Antoinette-style flourishes to create a colorful, visually stunning outfit that could fit well with the Milan set.

“Goodwill has been on our radar as a destination for expressing personal style for many years,” said Polina Osherov, editor and creative director at Pattern Magazine. “I can’t think of anyone in Pattern’s extensive network of young creatives and fashion lovers who haven’t shopped at Goodwill. I personally know people who don’t shop anywhere else. The entire project felt very organic as a result. We prompted all the designers with some fall trends, and the rest fell into place very naturally.”

While eyes may raise at this work coming from Indianapolis, as opposed to the traditional fashion centers like New York or Los Angeles, the connections between the three partners make sense. Pattern was founded there with the purpose of giving voice and exposure to artistic talent in the region, Y&L is fiercely loyal to Indy since its founding in 1983 and Goodwill has retained the agency for 22 years.

“We loved working on this campaign,” said Carolyn Hadlock, principal and ECD at Y&L. “We loved getting to know these designers and working with the (Pattern) editorial staff to make beautiful photography and layouts. It’s the natural confluence of us needing to promote our client, designers being game for experimenting—plus they love Goodwill—and the fashion editor deciding that this was relevant to their readers.”