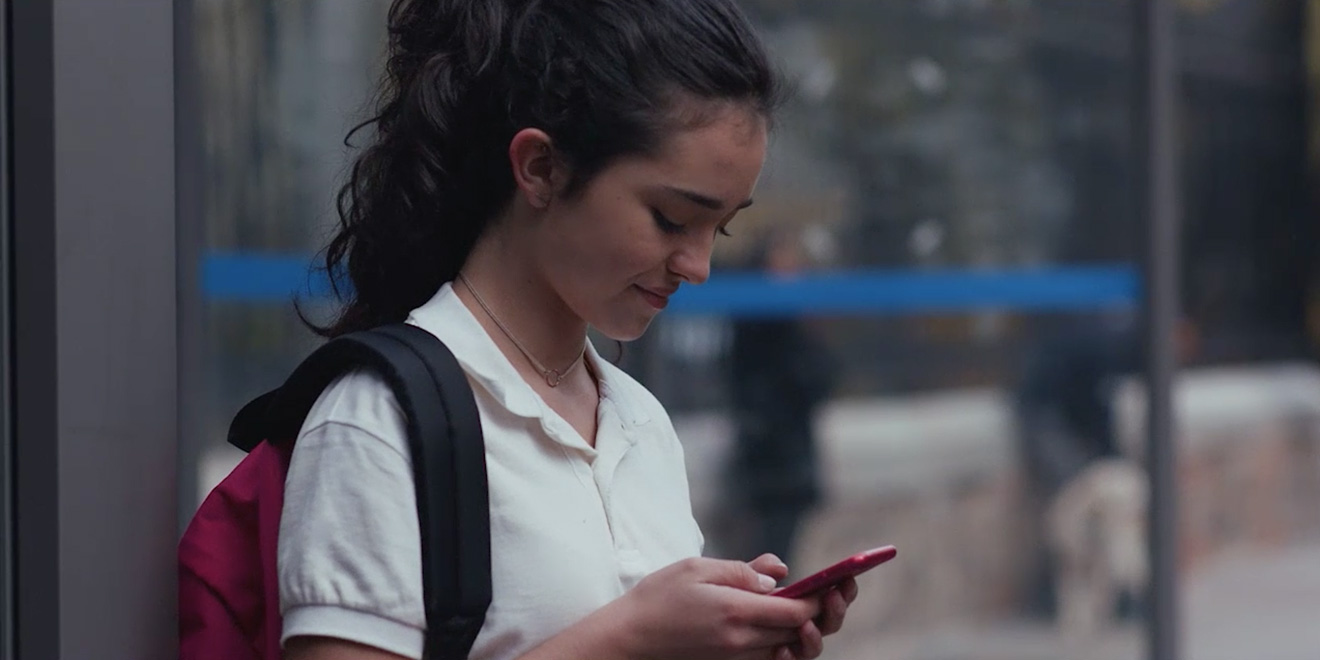 The film starts with a young boy receiving a friend request from a girl. Over time, they get closer. Often it’s cute; elsewhere, it’s cringey in a horror-filmish “Who gets kidnapped at the end?” way. And while we’re happy to report that instinct is technically correct, there’s a twist.

That’s right—it wasn’t just one kid who was a fake. They were both fakes! And what delight we found in watching that creeper stare-off at the end. Talk about catfishing catfish.

“I received a basic storyline from Y&R in Mexico City,” says director Andrew Lang of Wabi Productions, which produced the film. “Like many of the best ideas, it was very simple: Boy and girl meet online, flirt, agree to meet, and when they do, they’re both actually old men. I knew it was a winner the moment I read it.”

Y&R gave Lang a lot of creative leeway to interpret the idea as he saw fit.

“I decided that the best way to go about it was to write a conventional screenplay. I worked through several drafts and sent them each one, then we’d have a chat on Skype and they’d give notes,” he goes on, adding that the key to this freedom was the fact that it was funded by a production company—so a signed-on client wasn’t standing behind him, art directing his creative decisions.

“We made the film with Movistar in mind, but we didn’t tell them about its existence until the edit was complete. There was no treatment and no PPMs. From a director’s perspective, it was a much better way to work than the one we’re all used to.”

Of course, creative freedom also has its limitations.

“We were on a budget and could have done with more shooting time,” Lang concedes. “We shot a three-minute film in a day. On top of that, there was a freak hail storm in the middle of the day and we lost about three hours! In the end, we ended up shooting the whole film in two or three takes a scene.”

The film concludes by telling viewers that 150 million fake profiles exist on social media. While it’s unclear where that figure comes from, the principle holds that when you meet someone online, it’s hard to know whether they’re really who they say they are, even if you’re building what you think is a genuine connection. This makes young people especially vulnerable.

For Lang, the best way to drive this point home was to be mindful of the reveal, which manages to be expectedly horrifying but also reassuringly comedic.

“There was a lot of debate in my mind about how and when to reveal that each child is in fact a man—the exact shot order,” Lang says. “Do they ever appear together in frame? Does he see her first or she see him? All these questions make a difference to the dramatic impact.”

Being a film buff helped resolve the problem: “In the end, I was reliant on two sources, then built the finale around that. For the walk to the meeting, I wanted to do something like the slow-mo walking in Xavier Dolan’s Heartbeats, which I’m sure was in turn inspired by Wong Kar Wai’s In the Mood for Love. Then, for the meeting, I wanted the two men to eyeball each other like two boxers, and remembered this brilliant scene in Beau Travail by Claire Denis.”