Always on Your Phone at Restaurants? These 2 Brands Really Want You to Stop 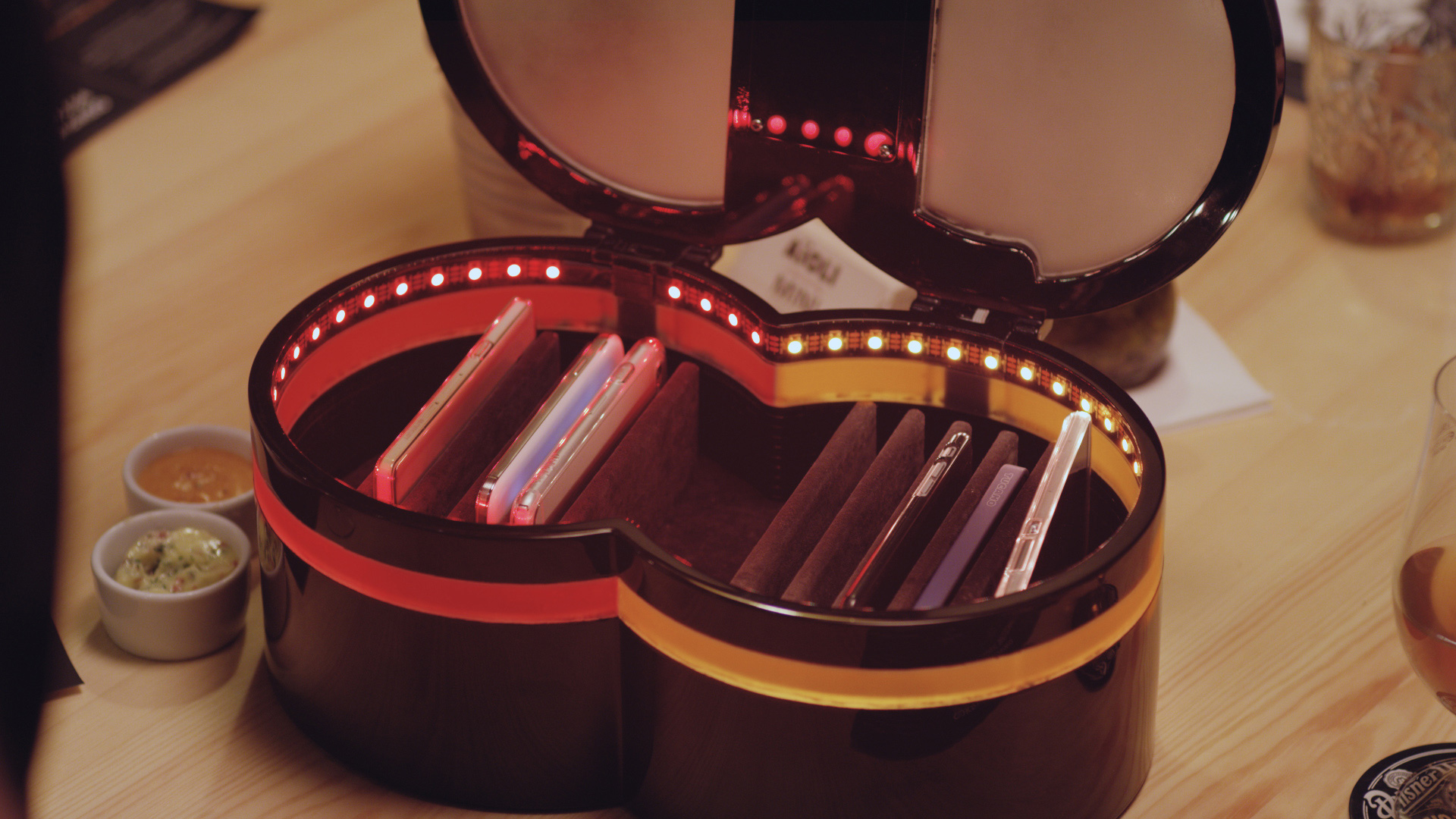 No one likes trying to have a dinner conversation with someone who's distracted by a screen. But other people get just as annoyed if they're asked to put their phone away when an "important" call or text might come through.

It's one of the great social tensions of our time, and marketers seem to be picking a side.

One Chick-fil-A franchise owner has gotten some buzz for creating a "cell phone coop"—a box in which customers are challenged to leave their (silenced) smartphones for the duration of the meal. If they make it to the end, they get a free small ice cream cone.

Restaurant owner Brad Williams, who has two Chick-fil-A locations in Georgia, says he was inspired to create the box after seeing a mother spend an entire meal looking at her phone instead of talking to her kids. Williams tells Good Morning America that nearly 200 Chick-fil-A operators are using the idea in their restaurants. "It just got me thinking how to get people to disconnect in order to connect," he said. "Be present where your feet are."

In the same vein, Isobar Poland and its sister agencies in the Dentsu Aegis network have created a "MasterCard Capsule" that holds your smartphone throughout a meal at three Warsaw restaurants. Participants win prizes for joining in, and the value of the prize increases with each minute you're willing to go phoneless.

"MasterCard Capsule can be used by two to eight people at the same time," Isobar said. "Anyone interested in taking part in the campaign will be asked to place their phones in the capsule. The device is equipped with sensors that monitor the presence of phones inside. The game is over when the capsule is opened. For those who might have gotten out of the habit of having conversations and being focused on the other person, we will have special cards with inspiring sample topics of conversations from a variety of categories."

Here's a video selling the idea to locals:

We asked Adweek's Twitter followers what they think of this trend of businesses encouraging conversation over connectivity. Here are a few of the responses we got:

How do you feel about brands offering rewards (free ice cream at Chic-fil-A, etc.) for putting away your smartphone during meals?

@Adweek You had me at free.

@Adweek Adding value and jumping into a relevant conversation. I think it makes sense, and who doesn't like free stuff?

@Adweek Love it. Going to try the same tactic with my kids

@Adweek Great idea,interested to see how many people turn to social media after their free cone to tell their friends about it. Oh the irony