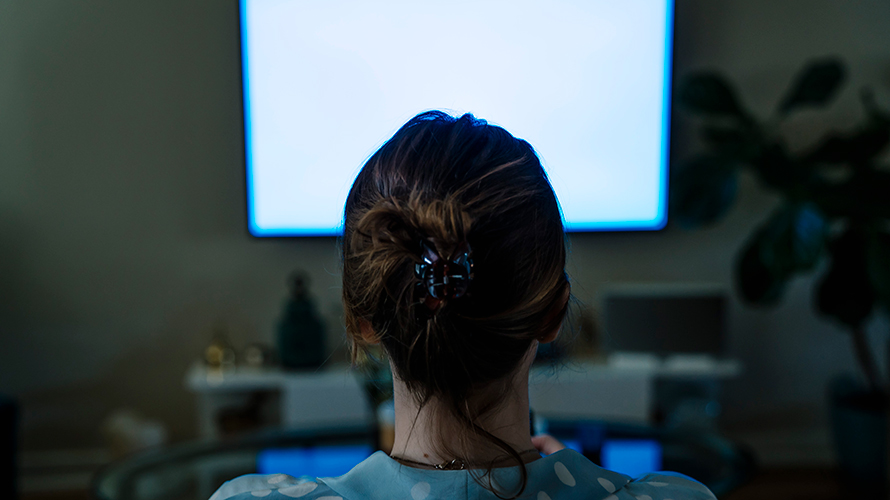 Cord-cutting and related trends are continuing to fuel a decline in TV ad spending.

“The shift of audiences to OTT viewing is changing the climate of the TV ad market,” eMarketer senior forecasting director Monica Peart said in a statement. “As ratings for TV programming continue to decline, advertiser spending will also continue to see declines, especially in years that do not boast major events such as presidential elections and Olympic games.” 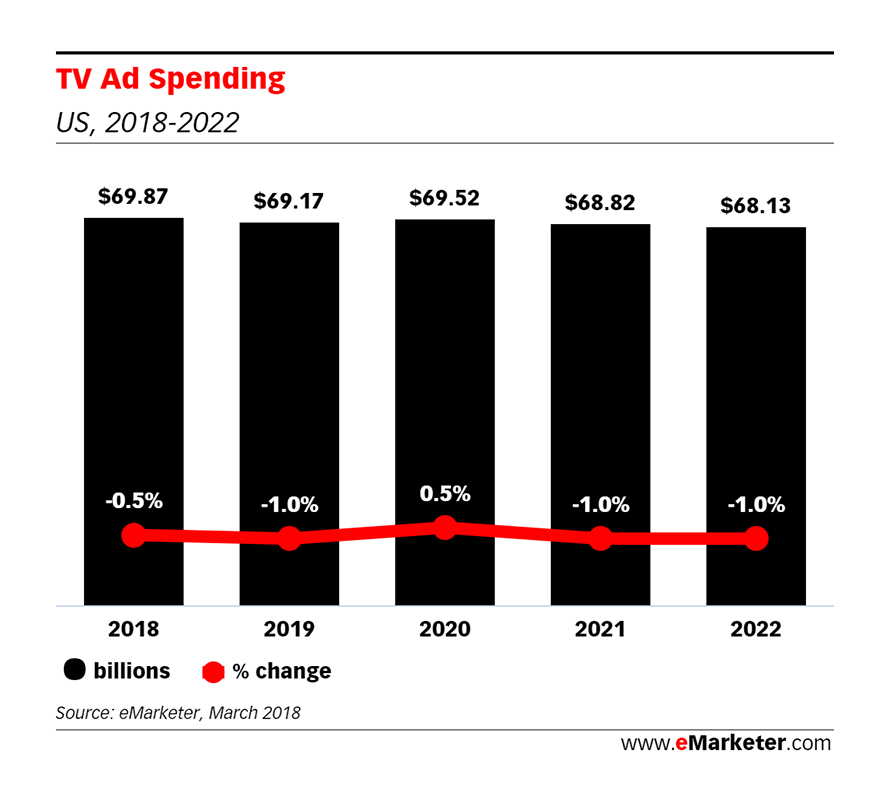 The decline is expected to continue next year, with a drop of 1 percent, followed by an uptick of a half percent in 2020, thanks to the U.S. presidential election and Tokyo Summer Olympics.

Even TV’s biggest events are seeing declines in viewership, however.

While “the per-spot rates and ad dollar volume for most major TV events have grown at far higher rates than overall TV ad spending,” eMarketer principal analyst, video Paul Verna said, pointing at how ratings for the Super Bowl, the NFL overall, the Winter Olympics, the Academy Awards and the Grammys all fell this year.

“That doesn’t bode well for the long-term prospects for TV ad spending on those properties, even if they remain among the last programs that command appointment viewing and mass audiences,” he added.

Spending in a another segment, digital advertising, is expected to grow by 18.7 percent this year to $107.3 billion.

Over-the-top (OTT) platforms are playing in increasingly prominent role in ad spending. Spending on Hulu is anticipated to rise 13.2 percent to $1.1 billion while spending on Roku increases 93 percent to a total of $293 million. Hulu’s increase is tempered by the platform gaining an increased share of revenue through subscriptions rather than advertising.

Verna added that “several major players are expected to launch subscription-based OTT services in the next year or so, and it’s likely that at least some of them will carry advertising,” calling Apple a “sleeping giant in this space” and pointing out that an ad-supported tier of Amazon Prime Video could be another major player in the space.