Twitter users with Android devices can finally tweet at night without subjecting themselves to the application’s bright light. 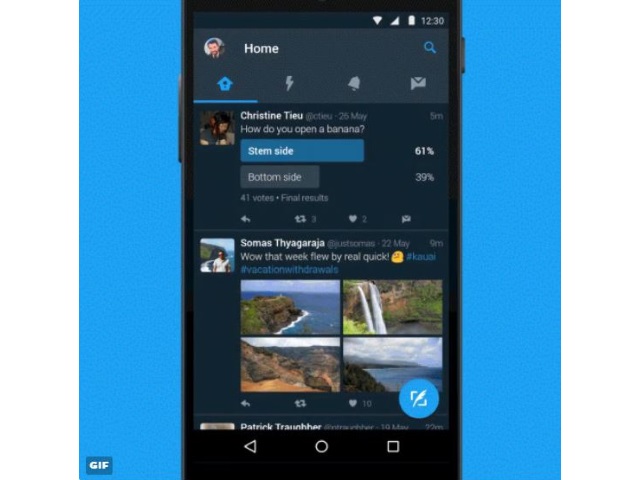 Twitter users with Android devices can finally tweet at night without subjecting themselves to the application’s bright light.

Now on Android! Turn on night mode to Tweet in the dark. 🌙https://t.co/XVpmQeHdAk pic.twitter.com/vrIDEM22vO

The tweet directs users to a support page offering instructions for turning on the feature:

In the top menu, you will either see a navigation menu icon or your profile icon. Tap whichever icon you have.

Next to Night Mode, drag the slider to turn on or off.

Twitter Android users: Are you happy about this new feature?