Similar to its poll feature, this ad format allows users to engage with the sponsored tweet via custom hashtags or call-to-action buttons. 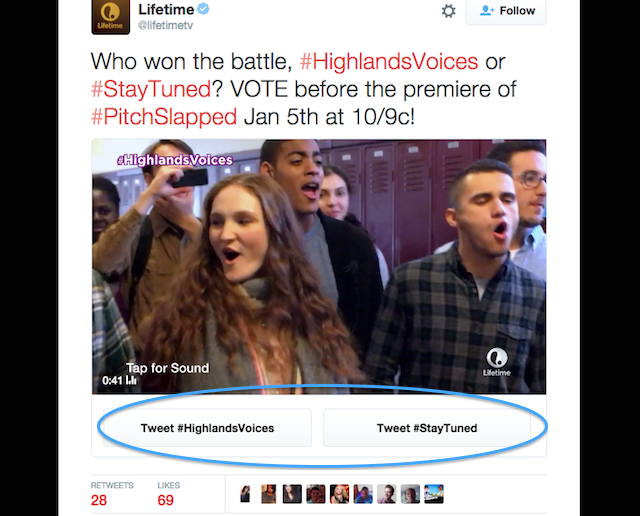 Similar to its poll feature, this ad format allows users to engage with the sponsored tweet via custom hashtags or call-to-action buttons.

Starting today, advertisers can drive more earned media and brand influence with our new conversational ads. These formats, exclusive to Twitter, make it even easier for consumers to engage with and then spread a brand’s campaign message. It’s a powerful way for advertisers to extend their presence across Twitter.

For many years, marketers have successfully increased their brand engagement using Promoted Tweets with compelling images or videos and campaign hashtags that drive Retweets, likes, and follows. Conversational ads take this a step further by including call to action buttons with customizable hashtags that encourage consumer engagement.

As one of the first global brands to use Twitter’s new conversational ad unit, we’re excited by the opportunity to initiate more meaningful conversation. To stay ahead of the curve, it’s important to continuously evolve our social media engagement strategies to help our fans get closer to the Samsung Canada brand.

When a user sees a conversational ad, they can take an action, such as tapping on a call-to-action button. Then, they’ll be led to a pre-filled tweet accompanied with the branded message. When the user tweets that message out, it will invite their followers to engage with the tweet.

Readers: What do you think of this new format?