Should Kids Have Their Own Voice Assistants? 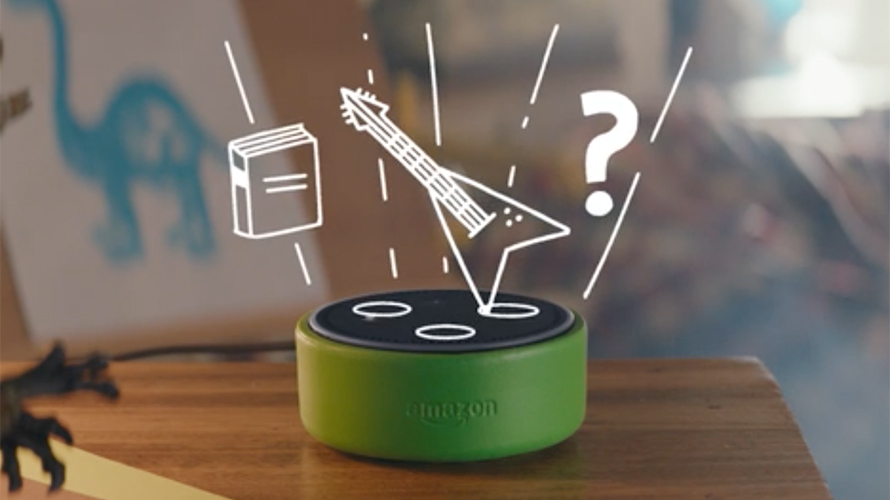 Amazon is releasing new Alexa experiences for kids and parents, including the Echo Dot Kids Edition, which it says allows children to access age-appropriate content with their voices.

But it begs the question: Do children need voice-enabled devices and services to access said content? And just because Amazon—or any platform—can make a voice assistant for kids, should it?

An Amazon rep said the platform has heard from customers about how much they love using Alexa at home, especially with their families, so Amazon wanted to create a unique experience for kids ages 5 to 12.

The Echo Dot Kids Edition includes a black Echo Dot, a one-year subscription to FreeTime Unlimited, a kid-friendly case in blue, green or red and a two-year guarantee during which Amazon will replace the device if it gets broken.

FreeTime also brings new features and parental controls to Echo devices, including the ability to: set time limits; block explicit songs; review activity; and add the Magic Word feature to encourage children to say, “Please.” In addition, it boasts disabled voice purchasing, knock-knock jokes and an educational Q&A and, if kids say, “Alexa, I’m bored,” she “has age-appropriate suggestions at the ready.”

The Echo Dot Kids Edition will begin shipping on May 9 for $79 and Amazon FreeTime on Alexa will roll out to Echo devices via an over-the-air software update the same day.

Larry Pluimer, chief executive of Amazon-focused agency Indigitous, said Amazon is a data-driven company, so it’s likely it has accumulated evidence that Echo devices are popular with kids and/or families as a function of which Alexa skills are most often employed and how the device is used in general.

"AI devices interfere with the face-to-face interactions and kid-driven play that children need to grow and thrive."
Josh Golin, executive director of the Campaign for a Commercial-Free Childhood

And, notably, in Amazon’s release, Stephen Balkam, chief executive of the nonprofit Family Online Safety Institute (FOSI), said, “We are excited to see Amazon bring FreeTime to Alexa. The curated content and user experience has all been designed with kids, parents, fun and safety in mind. In our latest research report, FOSI found that the majority of parents were comfortable with their child using a smart speaker and by making this service available, Amazon is creating another safe, kid-friendly experience for families.”

(FOSI is funded in part by Amazon.)

Josh Golin, executive director of the Campaign for a Commercial-Free Childhood (CCFC), however, is less optimistic.

“Amazon may love the idea of children forming a dependence on a branded data-gathering device, but the Echo Dot for Kids raises a host of privacy and child development concerns,” Golin said. “AI devices interfere with the face-to-face interactions and kid-driven play that children need to grow and thrive … The fact that the world’s most powerful retailers and its commercial partners will be constantly collecting valuable data on kids in their own bedrooms and homes is also very troubling.”

Golin also pointed to Mattel’s Aristotle, the smart hub for kids that was scrapped in October 2017 after child health and privacy advocates—including CCFC—expressed concern about privacy and development.

But while Golin said he expects Amazon will see a similar backlash, Pluimer said Amazon is one of the most trusted brands in the U.S. and so parents may feel more at ease with their kids using Amazon products. He also noted Amazon devices have a good track record of including parental controls and kid-friendly programs like FreeTime, which further promotes trust in the brand.

For his part, Jason Snyder, CTO of brand experience agency Momentum, said he thinks this is a great idea, adding that his 10-year-old son has a special relationship with Alexa.