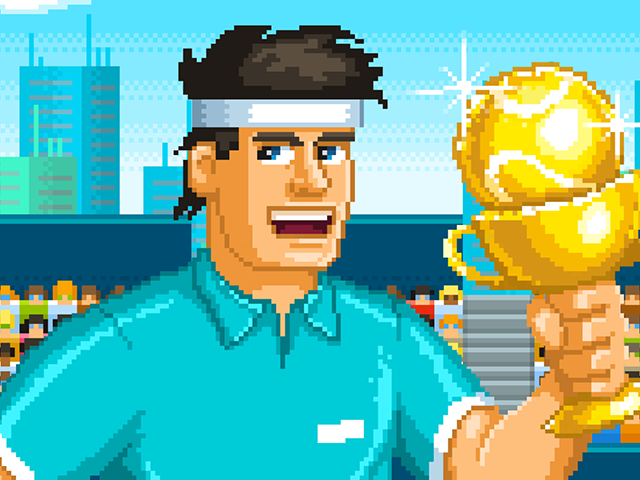 Are you looking for a new mobile game to play this weekend? As usual, there are lots of new games available for you to try, like Britney Spears: American Dream, the latest celebrity game from Glu Mobile. The game allows users to become a pop star as they complete quests and work with their mentor, Britney Spears.

Are you looking for something different to play? Here’s a look at some of the additional games released this week.

One Tap Tennis (Free on iOS) – This tennis game from Chillingo and ECC Games asks players to tap to return each shot when a moving line reaches the yellow and orange area on their side of the court. This colored area can be in a different place on each shot. Each time players tap at the right time, they earn progress points for the game. When they fill the progress bar completely, they win the game and can move on to the next opponent. One Tap Tennis splits games into cups, and if players lose one game in a cup, they must begin the cup from the beginning. Users can also watch a video ad to save their current place in a cup as a checkpoint. Players will unlock new playable characters as they win cups.

Rescue Birds (Free on iOS) – This action game from Witls Games challenges players to fire a slingshot at cages to free the birds trapped inside. Users have a limited number of shots to free the birds in each stage. Rescue Birds includes 100 levels, with some stages offering additional challenges, such as deadly gas and crows, among others.Alice in Wonderland: Puzzle Golf Adventure ($2.99 on iOS) – This miniature golf game from TapStar Games and Paladin Studios features over 70 levels inspired by Alice in Wonderland. In each stage, players drag and release their finger to shoot the golf ball around the course. Users are challenged to complete each stage as close to par as they can.World of Dungeons (Free on Android) – This turn-based strategy game from HeroCraft allows players to explore randomly generated dungeons and battle monsters with heroes in six different classes. Users can collect weapons and armor for their heroes, and can unlock hundreds of abilities and spells over time.Titan Quest ($6.99 on iOS) – From DotEmu, this action RPG is a port of the PC game originally released in 2006. The game lets players battle 80 mythological creatures, including minotaurs and cyclopses, and it allows users to collect over 1,200 items. Titan Quest includes 30 different character classes and 150 different character skills. The game reportedly includes more than 60 hours of playtime. Titan Quest is coming soon to Android.Mandie Manzano Jigsaw Puzzle Art (Free on iOS) – From Octo Mini, this jigsaw puzzle game allows players to put together 40 paintings by artist Mandie Manzano. Players can customize their experience by choosing from multiple difficulties (12 to 2,000 pieces per puzzle), and deciding whether or not to allow puzzle pieces to rotate. While users begin the game with five free paintings, they can purchase additional packs of paintings in the game’s store.Where Angels Cry: Tears of the Fallen (Free to try, $4.99 full game unlock on iOS) – This hidden object adventure game from G5 Entertainment is the sequel to the original Where Angels Cry. The game allows users to become a secret agent for the Vatican and travel to Spain on a quest to stop Inquisitor Augustine, who has lost his mind. The game includes over 30 locations to search and 20 mini-games to complete. Users can play the game on four difficulty modes. In addition, users can collect 15 Holy Dove Symbols to unlock in-game achievements.
Share
http://adweek.it/22igMJD