How Many Advertisers Were Behind Snap’s Strong Fourth-Quarter Revenue?

MediaRadar said over 1,400 companies ran ads on the platform in 2018 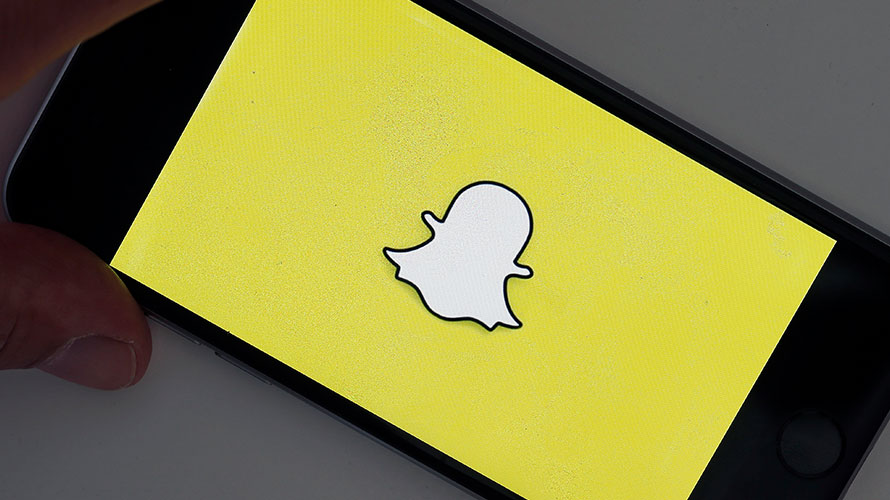 More than 1,400 companies advertised on Snapchat during 2018, according to MediaRadar, helping propel fourth-quarter revenue at parent Snap Inc. to a company record of $389.8 million, up 36 percent from the the previous year.

Snap co-founder and CEO Evan Spiegel said during the company’s fourth-quarter earnings call Tuesday that the platform now reaches 70 percent of 13- to 34-year-olds in the U.S. with premium mobile ads on a monthly basis.

Snap would not comment on third-party data, nor would it reveal the number of advertisers on its platform. However, a source with knowledge of Snapchat’s ad platform pegged MediaRadar’s total as much too low, saying it likely did not take into account the variety of ad formats—including augmented reality lenses, filters, Story ads, Snap Ads and commercials—or targeting and options like goal-based bidding.

The 1,400 figure pales in comparison to other social platforms.

Facebook chief operating officer Sheryl Sandberg said during her company’s fourth-quarter-2018 earnings call last week that it had over 7 million active advertisers across its services. Instagram alone topped 2 million in September 2017. And while Twitter does not release the number of active advertisers on its platform, the last time it did so (its fourth-quarter-2015 earnings), the company said it had over 130,000.

MediaRadar found that 64 percent of brands on Snapchat only advertised during one quarter of 2018, with 19 percent running ads during two quarters, 9 percent during three quarters and 8 percent throughout the year. The most activity took place during the third quarter. 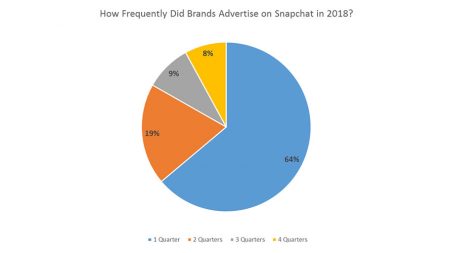 According to MediaRadar, the top five brands by 2018 Snapchat ad spend were Comcast, Mars, AT&T, Adidas and Procter & Gamble. 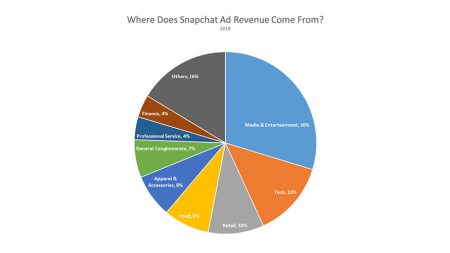 MediaRadar also found that 5 percent of Snapchat advertisers ran Sponsored Lenses in 2018, with food brands the most likely by category to do so.

“One theme we heard repeatedly in advertiser conversations throughout 2018 was their desire to leverage Snapchat to break out of the sea of sameness, as social media content and ad campaigns converged upon a similar look and feel. … Conversation in Snapchat starts with a snap—a picture or a video,” Snap chief business officer Jeremi Gorman said on the call. “Monetizing this with AR, in an engaging way that empowers creativity, represents a significant opportunity for brand advertisers.”