Facebook announced the open-sourcing of a solution aimed at furthering its mission of connecting the world. 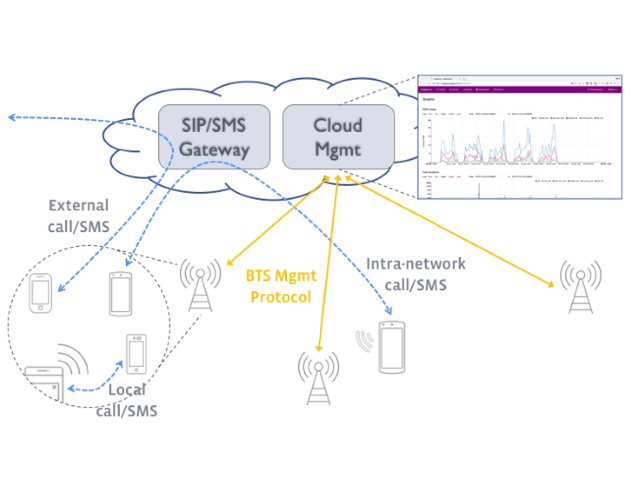 Facebook announced the open-sourcing of a solution aimed at furthering its mission of connecting the world.

Software engineers Kurtis Heimeri and Steve Muir and infrastructure strategist Shaddi Hasan announced in a blog post last week that the code for Community Cellular Manager is available via GitHub.

They described CCM as a software management and deployment suite that enables the operation of small-scale cellular networks, adding that it is compatible with the OpenCellular platform the social network introduced in June, as well as with third-party radio-access-network solutions and saying:

CCM is designed for reliable operation in environments with unreliable power and backhaul, providing fully disconnected operation for local voice and SMS services.

CCM requires only basic technical literacy, with a simple web interface for users of the system.

CCM makes coverage possible in areas where it was not economically viable with existing mobile network infrastructure: It can be run as a stand-alone system by small community network operators, or as a network service by larger operators that wish to leverage the power of community networking in rural areas.

Local agents use CCM’s cloud user interface or SMS-based interfaces to manage their networks, allowing people in areas without coverage to install and operate the networks using local knowledge, infrastructure and tooling, dramatically lowering the expense of bringing access to areas far from traditional centralized infrastructure.

In the Philippines, we’ve partnered with Globe Telecom and the University of the Philippines to practically validate this model of rural access. The first network utilizing the CCM software went up in a rural area lacking cellular coverage approximately 1.5 hours outside of Manila. The local community, primarily subsiding on agriculture and tourism, now has access to cellular connectivity. In conjunction with Globe and hardware vendor partners, we’re in the process of scaling out this model of rural cellular access in the Philippines. Globe will leverage CCM to manage prepaid charging while forging business partnerships with organizations that can provide the local resources to carry out on ground operations.