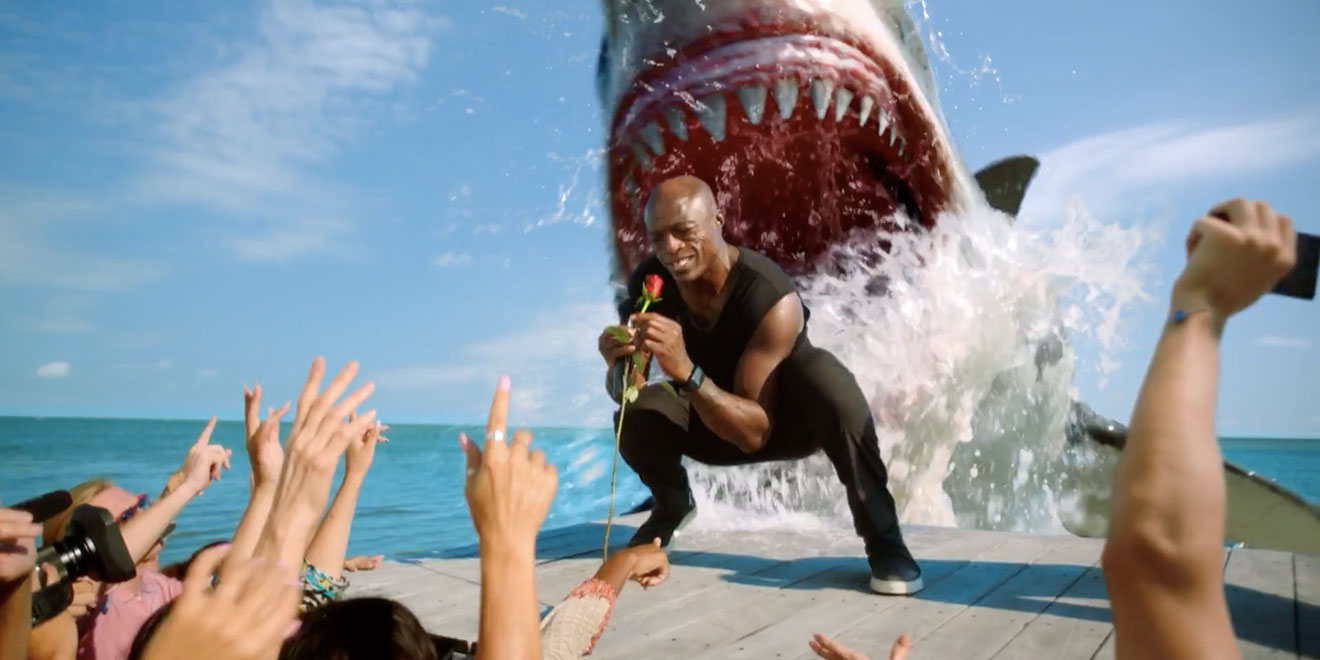 No seal is safe during Shark Week. Not even Seal himself.

That’s abundantly and amusingly clear from Discovery’s new Shark Week promo, from Los Angeles creative agency AV Squad, in which Grammy-winning singer is rudely interrupted as he performs his iconic song “Kiss From a Rose” on a jetty.