BBC One’s Christmas Ad Isn’t Just About Being Together. It’s About Paying Attention

Put your damn phone down, Robert 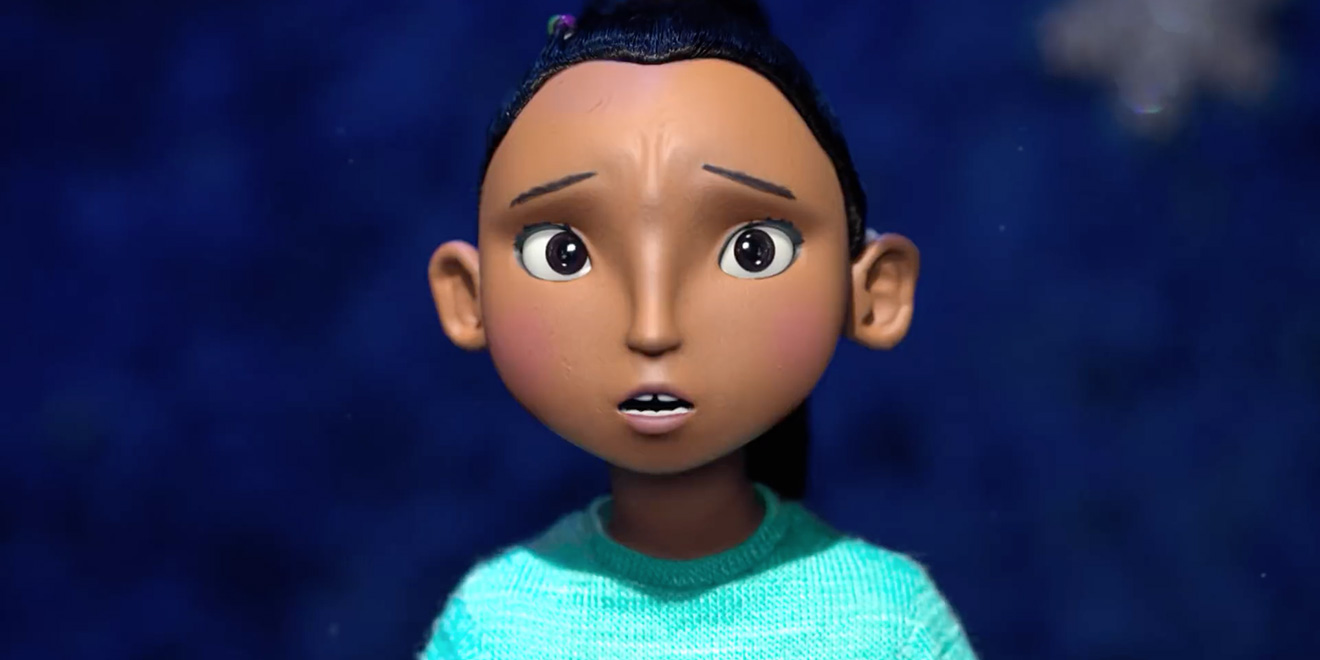 The time has come for BBC One’s entry into the Super Bowl of English ad land—holiday films. Directed by Elliot Dear and produced by Blinkink, “The Supporting Act” takes a universal story and expresses it in an artisanal way.

In the curiously emotive stop-motion work, a young girl with an affinity for dance gets excited about the upcoming Christmas talent show at her school. She shares the flyer with her dad, who’s interested … but quickly distracted by his phone. (Because we are full of darkness, we’re a tiny bit tickled when he lifts his phone up and it entirely covers her face. We get what the film is trying to do, but that first conflict-establishing act is so unsubtle that our inner cynic almost strangled us.)

Time passes in this stop-motion world. The girl preps with rigor, dancing all around her father as he goes about the daily drudgery of life, seemingly unawares. Needless to say, by the time talent night arrives, his daughter isn’t massively optimistic about him showing up (or even paying attention).

But don’t fret! This is a Christmas ad, after all.

Of course dad is in the audience, phone at the ready for requisite filming. But the girl freezes, obliging him to get up and pantomime the choreography to her—something she realizes he actually was paying attention to. And as she gets her groove back, the film suddenly transforms into a magical private moment they both share, dancing in tandem. It’s very Napoleon Dynamite in its triumph over schadenfreude.

“The Supporting Act” builds on BBC One’s “oneness” positioning, which has been its focus throughout 2017. The latter was supported by idents featuring photography by Martin Parr, focusing on passions and interests that bring people together.

“Building on the message at the heart of the channel’s ‘oneness’ idents, the Christmas film illustrates the joy that can be sparked through a shared moment,” says Kerry Moss, portfolio head of marketing at the channel. “Through its depiction of a busy dad and dance-loving daughter, the film draws on the insight that the pressures of life can often get in the way of the things that really matter, particularly at Christmas.”

“The story is about an emotional connection between a girl and her dad,” observes Dear, the director. “We wanted to make a film that had the charming, handmade qualities of stop-motion animation, the tiny imperfections that let you know it’s been done for real. The aim was to combine this with CG animation—which we used for the faces—in order to capture the tiny nuances of human facial expressions, enabling the characters to be very emotive without the use of dialogue.”

Puppet makers MacKinnon & Saunders (known for The Corpse Bride and Fantastic Mr. Fox) made the puppets, which were animated by Blinkink using traditional British stop-motion. But facial expressions were mapped onto them with CGI—lending an extra human spark to the final creation. Additional talent included set builders Clockwork Frog, with music provided by Clean Bandit, featuring Zara Larsson with Symphony, specially arranged by producer Steve Mac.

“We’re delighted to have formed a world class team from across the industry to create this film,” says Justin Bairamian, director of BBC Creative, which conceived the work. “It’s BBC Creative’s first BBC One Christmas campaign, so we very much hope it lands well with audiences.”

We’ve been spoiled in terms of Christmas advertising this year, so the bar’s been set very high. While “The Supporting Act” doesn’t jerk tears, it’s still a perfectly worthy reminder that togetherness isn’t just about showing up; it’s about setting distractions aside and paying attention to the people you want to be with. It really isn’t a relationship otherwise.