The Challenges of Using Facebook’s Canvas

Canvas is not without its challenges. The biggest pain point I’ve experienced is simply explaining it to other stakeholders—the creative team/agency concepting and creating the unit and the client that needs to approve it. 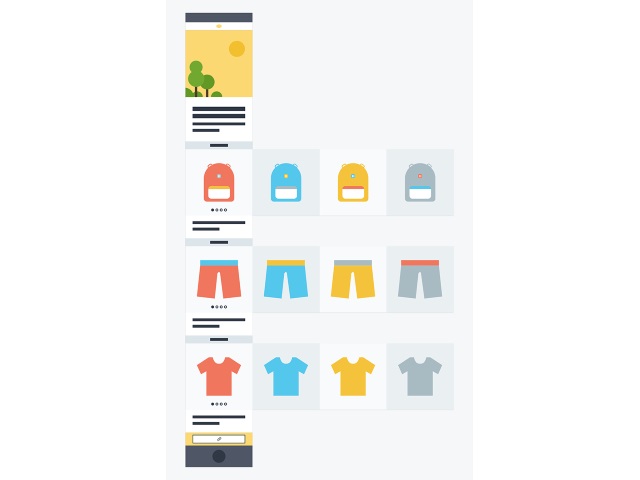 Facebook Canvas has been available to all advertisers for about 10 months now, and it’s still going strong.

The immersive, full-screen ad unit is mobile-only and designed to load quickly and utilize features that Facebook users are already familiar with: tilt-to-pan panoramic photos, carousels and looping video, in addition to text, photos and call-to-action buttons.

It’s an opportunity to tell a story with more room than a 1,200-pixel-by-628-pixel ad, and the results have been great: users spending an average of 70 seconds with a Canvas that explained a new product feature. Users who interacted with the unit who were retargeted with another relevant ad. The click-through-rate was more than six times the CTR of the same ad shown to non-exposed users.

But Canvas is not without its challenges. The biggest pain point I’ve experienced is simply explaining it to other stakeholders—namely, the creative team/agency actually concepting and creating the unit and the client that needs to buy in and approve it.

The things that make it great also make it complicated. It can include a wide variety of image and video sizes (until recently, there weren’t any official specifications); it can link through to as many websites or other Canvas units as there are components to clicks on; it’s like a microsite but it’s not actually a microsite.

There’s something soul-crushing about sitting in a room full of designers and squashing their amazingly cool big idea with the fact that while Canvas is highly customizable, it is highly customizable within the constraints of six stackable, tile-like components that all have their own limitations. It feels less like a blank canvas and more like Frankensteining parts together in the hopes of forming a cohesive story.

The easiest way of explaining the unit’s constraints to designers is to launch Canvas editor. walk through how the unit is built and explain the nuances of the unit as we went, like which components are clickable or how the background color for buttons and text must be consistent for the whole unit. When a creative team takes the time to learn the system, the result is a beautiful, functional, engaging concept tool for telling a brand story.

Then comes the hard part: telling Canvas’ story to the client. Despite showing a mocked-up unit for feedback, explaining the functionality proved troublesome. When a user is looking at the unit on their phone, swiping and scrolling come naturally. When you’re looking at a PowerPoint, it’s not that simple. No matter how many slides and user experience maps are presented, there is inherent confusion about what exactly the units will look like. The best solution for this is coming to terms with the notion that when it comes to Canvas, seeing is believing.

The issue mostly stems from the fact that there isn’t a way to send a preview of Canvas before publishing it to anyone who doesn’t have access to the ad account or the Facebook page. For this reason, sharing the full experience involves recording the preview of the unit on a phone and sharing that video for approval.

While Facebook is trying to resolve this issue, a Canvas currently has to be finished (which means it no longer can be edited) and added to an ad for it to be shared. This is hardly perfect but rather a step in the right direction.

Despite the challenges of developing creative assets and then effectively sharing for client buy-off, Facebook Canvas ads have proven well worth testing. The unique way to communicate with consumers via these ads allows for a different way to reach consumers at a different point in their customer journey. I look forward to continuing to iterate on tests and bring this into the mix for new clients and projects.