Social Advertising: Are You Adding Value or Just Begging For Attention?

Internet users are happy to interact with brands on their own terms, but grow weary of constant low-quality messaging. 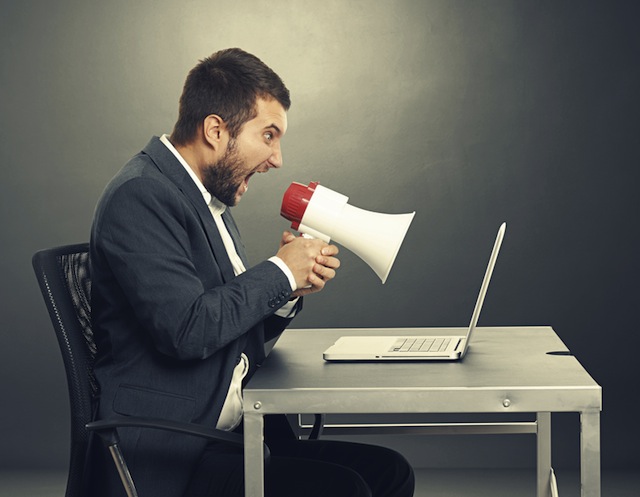 Poor advertising practices and malicious ads have existed on the internet for well over a decade. Years ago sites were plagued by flashing, vibrating banner ads declared users the 10,000th or 1 millionth visitor, and that prizes awaited them. Much of the time, that prize was malware.

Sadly, this practice has not gone away. Ars Technica reports that in recent weeks ransomware and other malware spread through Google’s DoubleClick ad service, infecting The Huffington Post readers.

However, there’s another problem beyond malice in advertising: a lot of it is constant and low quality. And there is no advertising campaign that fits this description better than the one weird trick series of ads. The problem with these ads is not their proliferation, but the lack of value they provide to users.

While consumers often don’t mind interacting with brands on their own terms, they’ve grown more savvy at avoiding ads otherwise. Likewise, they’ve grown frustrated with semantic ads offering them products for things they’ve already purchased. Native advertising — or ads that appear in social media streams — is one strategy to reach user who avoid such ads. Indeed, native advertising is becoming more commonplace; still, many social networks are careful to make ads as unobtrusive as possible.

Networks do this primarily to balance the user experience with the need to generate revenue sustainably. But more and more, social media streams are being overrun with native ads — this in addition to sponsored and promoted content. According to Thomas Ricker, deputy managing editor for The Verge, movie advertisers are particularly fond of this strategy:

The marketing blitz, once confined to a trailer or two, is now more a marketing dribble that drip-feeds a regurgitated slurry of teasers into the mouths of a needy brood. Actors and fans mutually masticating each other for months — even years — until everyone pukes or falls slaked into their cinema seats on opening day.

The trend of using each social media post as a potential to advertise can easily push users away, rather than engaging them. Whether it’s a promoted post, or a selfie from a celebrity in costume, users can get worn out on marketing content. And when users tire of ads, they find solutions to avoid them.

Consider the benefits of an engaged audience, such as the creation of brand advocates. Don’t view your marketing as a way to expose users to a product, view it as a way to engage customers and make them lifelong fans.