The long-awaited Oculus Touch controller will ship Dec. 6 with a $199 price tag, the Facebook-owned virtual-reality company announced at Oculus Connect 3 Thursday at the McEnery Convention Center in San Jose, Calif. 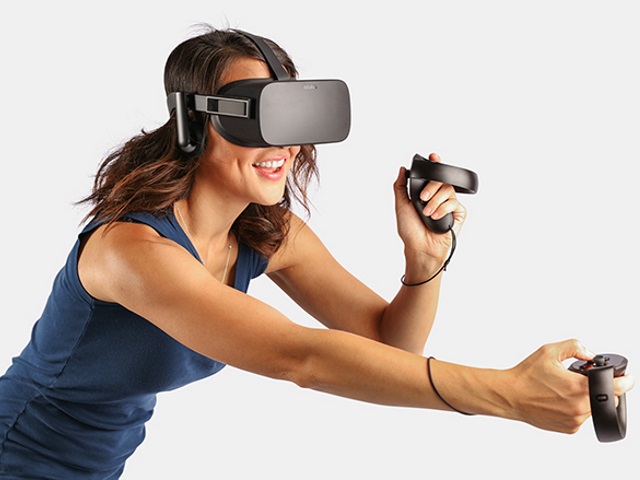 The long-awaited Oculus Touch controller will ship Dec. 6 with a $199 price tag, the Facebook-owned virtual-reality company announced at Oculus Connect 3 Thursday at the McEnery Convention Center in San Jose, Calif.

Pre-orders for the Oculus Touch begin Oct. 10, and the controller will be shipped with VR Sports Challenge and The Unspoken, as well as an addition sensor and a Rock Band VR connector.

Oculus VR said in a blog post that people who pre-ordered and received their Oculus Rift units via its website already have their spots reserved in the Oculus Touch pre-order queue, and they must order by 11:59 p.m. PT Oct. 27 to retain their priority status.

The Oculus team also demonstrated Santa Cruz, which it described as “a feature prototype demonstrating inside-out tracking that opens up the path to standalone as an entirely new VR category.”

Oculus also announced that users can launch Facebook Live livestreams from any Gear VR application via the universal menu.

And the company introduced the Oculus Avatars platform, which offers “more than 1 billion permutations” for users to customize their avatars, as well as Oculus Parties, the ability to start voice calls with up to eight people, and Oculus Rooms, where users can virtually meet up with their friends to simultaneously watch movies, play games or use other apps.

Oculus Parties and Oculus Rooms will ship for Gear VR “in the coming weeks,” with an early 2017 date pegged for Oculus Rift.

Another new offering from Oculus is Oculus Earphones for Rift, available for pre-order at $49 via Oculus.com starting Oct. 10, with a Dec. 6 ship date.

Finally, Oculus detailed its investment plans for the future of VR:

We also committed to continue pushing the VR ecosystem forward across all forms of entertainment and education. We’re collaborating with The Walt Disney Studios to create a series of VR experiences, working with Alcon Interactive to bring interactive VR vignettes based on the Blade Runner sequel to the Oculus platform and even training astronauts in VR with NASA.

Oculus NextGen will bring Unity Technologies workshops and equipment from Samsung, AMD and Oculus to top universities so they can launch their own content creation programs.

We’re also committing $10 million to fund diversity programs, continuing our investment in programs like Launch Pad, VR for Good and Amplified New Voices, as well as new programs like the Diverse Filmmakers Project, which launches today.

This new program will fund and support women and people from underrepresented groups to help accelerate production of their VR films—from 360 documentaries to interactive experiences made for Touch.

Readers: What are your thoughts on all of the announcements from Oculus Connect 3?