Friends are the backbone of Facebook, and the social network is marking its 12th birthday Thursday, Friends Day, with several announcements, including a new video product. 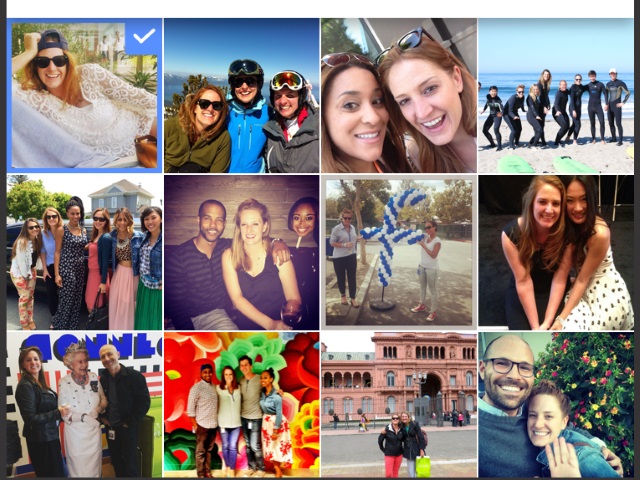 Friends are the backbone of Facebook, and the social network is marking its 12th birthday Thursday, which it is referring to as Friends Day, with several announcements, including a new video product.

Facebook said that by midday Thursday, most users worldwide will see a “personalized video experience” atop their News Feeds, in which photos depicting “special moments” with their friends will be stitched together into short films.

To create and edit your Friends Day video, click here.

The Friends Day videos users see will be pre-populated, but users can customize and edit the videos and choose different photos to include, and the new videos will be posted to their Timelines shortly thereafter.

Many people have commented that they’re unable to create or share their videos due to a lack of content. A Facebook spokesperson explained what’s going on to SocialTimes:

In order to receive a video, you’ll need to have uploaded or been tagged in a certain amount of content during your time on Facebook. If you have enough content that meets the standard to generate a video, you’ll see a story at the top of your News Feed that includes your video.

Facebook is not releasing the number of friends or tagged photos needed to make the Friends Day video work.

Facebook also shared some statistics about friendships on the social network and how its users have become more connected in a Newsroom post:

We know that people are more connected today than ever before. Over the past five years, the global Facebook community has more than doubled in size. Today we’re announcing that during that same time period, the degrees of separation between a typical pair of Facebook users has continued to decrease to 3.57 degrees, down from 3.74 degrees in 2011. This is a significant reflection of how closely connected the world has become.

Facebook hosted a Friends Day event at its headquarters in Menlo Park, Calif., earlier this week, where co-founder and CEO Mark Zuckerberg, chief operating officer Sheryl Sandberg and other employees of the company met with 18 members of the Facebook community from places including Saudi Arabia, Louisiana, Hungary and Oklahoma to share their stories about the power of friendship.

Among the social network’s guests were members of GirlCrew, a Facebook group that originated in Dublin with the aim of empowering women to find friend and organize events in their areas.

Facebook said GirlCrew has now expanded to more than 22,000 users in 40 cities worldwide.

And that’s really what we care about, so we figured that rather than having this birthday that focuses on us, we should make sure that the world focuses on what’s important that’s actually happening, which are stories of how people are connecting around the world, and it’s just amazing and it’s inspiring to hear.

One of the things that I really came out of my last year understanding is that I am going to celebrate every birthday. I want to say thank you to all of you for the inspiration, because this is why we exist, and there is nothing we would rather do than celebrate our birthday with you.