It's not exactly what they want for Christmas 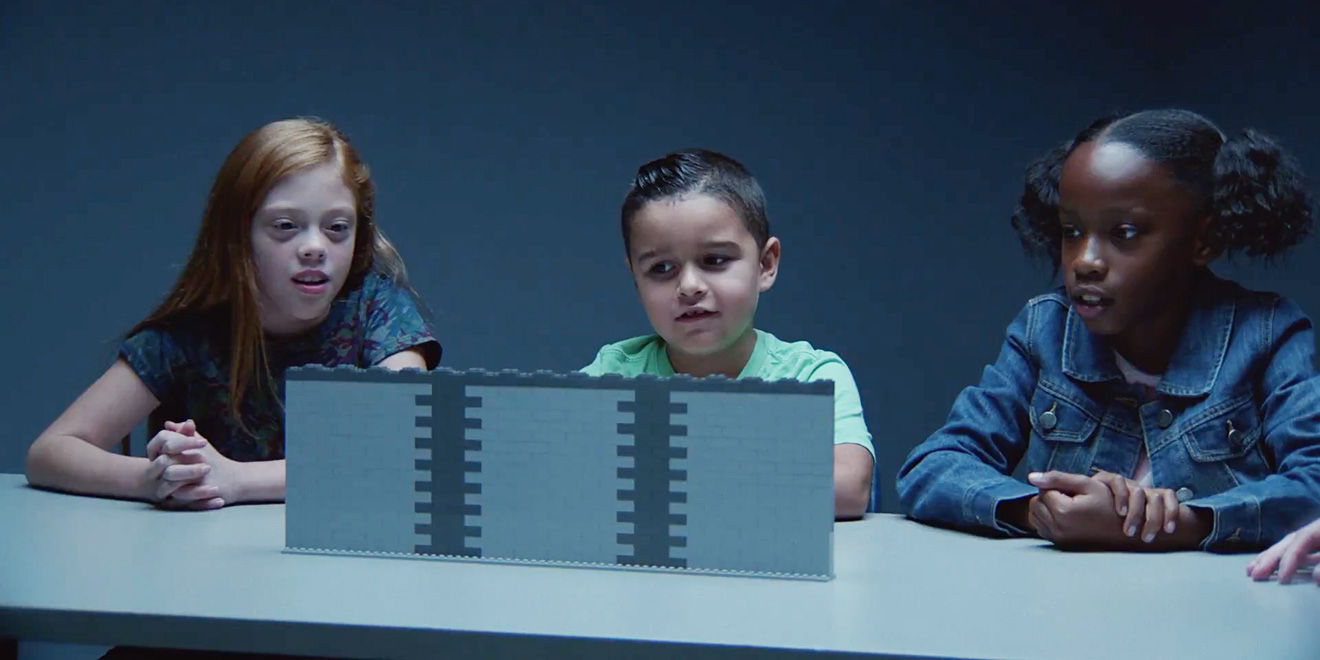 A diverse group of kids offer their opinions of a Lego-style toy, simply called”The Wall,” in the video below. The youngsters aren’t very impressed, and they’re not exactly wallflowers when it comes to expressing their pint-sized points of view.

In fact, there’s no such product in the pipeline. Rather, “The Wall” is the central prop in a pointed PSA devised by David&Goliath for the Esperanza Immigrant Rights Project, a program of Catholic Charities of Los Angeles, which opposes President Trump’s proposed border wall between the U.S. and Mexico.

The youngsters offer lots of lots of cute, unscripted quips: “You can’t do anything with it.” “Why would you just make a wall?” “The day after Christmas, I would just throw it out.”

Perhaps the best bit comes around the half-minute mark:

It’s cool that they dismantle “The Wall” and make other stuff they find more appealing, like a rocket ship. (“Build Something Better” is the campaign’s theme.)

Filmed in a single day, the video features kids ages 6-11. Naturally, moderator Nate Scholz worked from a script to lead the conversation, but the children hadn’t seen the toy or received any prep before the cameras rolled.

“We definitely did edit the best pieces from the kids, and had a good idea of how we wanted the story to shape up,” says D&G creative director Courtney Pulver. “But the responses were candid. When we told the kids that ‘The Wall’ would cost billions of dollars, one kid chimed in, ‘I want a refund.’ One kid naturally said, ‘This wall sucks.’ But we trimmed it, because, although it was genuine, it sounded scripted.”

One of the biggest challenges was that the kids had been in casting sessions and commercials before. “So when the moderator set up the fact that this was such a great toy, some of them weren’t sure if they were supposed to act like it was amazing, even if they thought it was stupid,” Pulver says. “In some cases, the director had to chime in and tell them it was OK to tell us their honest opinion.”

Naturally, pro-wall sentiments were cut out, including one youngster’s view that the structure might be better if it were taller. (Sorry, POTUS, he’s too young to vote.)

Previously, marketers including Aeromexico, Cards Against Humanity, Corona and even Scottish pub chain BrewDog, to name just a few, have taken shots against the wall. But this particular effort, given its source and the young cast, ranks among the more memorable variations.

Of course, the border wall is a highly polarizing subject, and those in favor won’t be swayed one inch to the left by this initiative. But that’s OK with D&G, which knew it would be preaching to the choir.

“The audience for this piece is anyone who is interested in immigrant rights,” agency creative director Robert Casillas tells AdFreak. “Many people against the wall are vocal on social media, and are looking for content to share. This video spreads the word, and gives people an easy way to get involved—by either donating to the cause, or simply signing our petition against the wall.”

One response left on the cutting-room floor seems particularly salient.

“We did multiple takes of the reveal of the walls,” Pulver says. “One of the girls didn’t quite understand the process, so she kept saying ‘Not the wall again!’ on the reveal each time.”