At Cannes, Samsung Shifts From Slick Product Demos to a Hands-on Workshop Approach 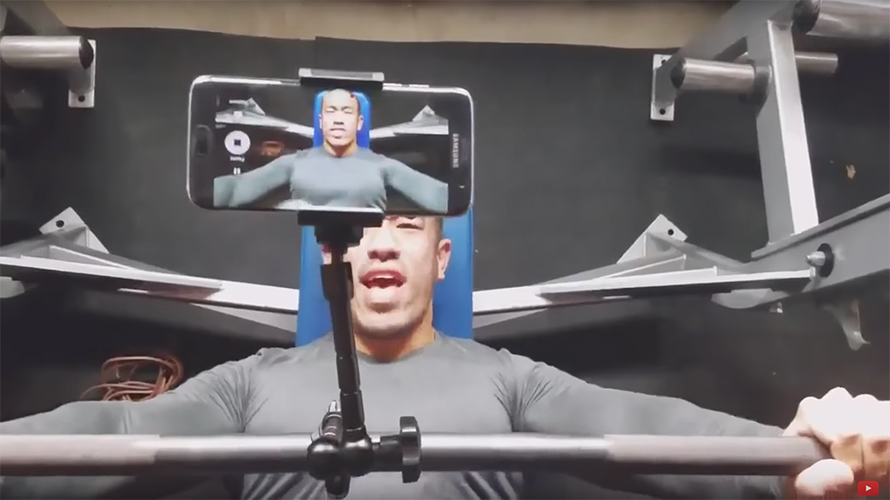 CANNES, France—Samsung wants everyone to create content with its devices—even other marketers. Last year’s Cannes Lions Marketer of the Year has returned to the festival with an “immersive bespoke space,” Atelier Samsung, where it will hold workshops to “help industry leaders reimagine their brands through the lens of creators using Samsung’s mobile, VR and Gear 360 offerings,” explained a rep for the brand.

Adweek caught up with Marc Mathieu, CMO of Samsung Electronics America, last week to learn about the brand’s Cannes activation, which is located at 5 Rue de Belges and will be open starting today, running through June 23 from noon to 6 p.m. local time.

Adweek: Can you tell us a bit about this activation and why you wanted to hold workshops at the festival?

CMO Marc Mathieu: Last year we had several meeting points in our space around 360 and virtual reality. This year we wanted to take it beyond. More and more, what we see happening with the whole generation of creators—the YouTube generation, the young filmmakers, the fellow marketers—[they] actually embrace the technology that we make and create content. The quality of the camera on the phone has become such that we want to help people understand how they can unlock the whole ecosystem of our products to create content that then they can share and experience on mobile devices, which is the way that the younger generation lives their life.

How does this effort do that?
During our time at Cannes, we’re going to hold a new gathering that we’re calling Atelier Samsung. It’s a workshop approach that will sort of bring our office to life and showcase the power of creativity. It’s a showroom and workspace where people can check out the ecosystem of devices, like the phone, like the VR headset, the 360 camera. Then we will have ongoing workshops to show the creative potential of creating with the Galaxy phone. We will have a workshop session with Casey Neistat, Spike Jonze and Shantell Martin discussing the future of content creation and how Samsung is changing the game. We’ll also premiere a new series we’ve been working on with Vice called Beyond the Frame with a discussion on VR. A lot of working sessions will have a workshop approach instead of a finished session. 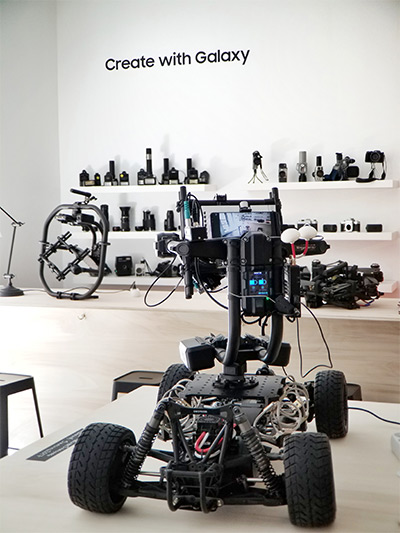 Will you be recording any of those sessions to put online for young creators who maybe can’t afford Cannes but want to know about these things?
The beauty of having someone like Casey [be part of things] is that even if we don’t, he will.

With the Oscars spot that you had with Casey Neistat the company really leaned into creators. What’s the strategy behind that?
We look at them not as a target but as people who are fundamentally changing the model and integrating technology in everything that technology has disrupted to do so. As creators their phones have these uses [because of] technology but they are also the amplifiers of what you can do with this technology. They are part of this bigger idea that we’re going to make a product for things that can’t be done so hence the tagline ‘Do What You Can’t.’

Our mission is really to scale the creativity of not just Casey but all of the creators. Again the reason we say creators are our beat, like Nike says if you have a body you are an athlete, we want to say, as I said before, that if you have a phone, a connection signal and an idea you can be a creator. We’re trying to unleash that.

The broader strategy is really to amplify the movement that already exists. These kids, they all use their phones to create and share content and experience content. When you think about the evolution of the mobile phone even in the last 10 to 15 years, initially you could make a phone call, then you could text message, then you started to be able to take pictures, share pictures, change your profile picture, then we started to do the same but with video and now you can even do it with 360, and that is all within something that fits in your pocket.

The [smart]phone has disrupted the way that a whole generation thinks of themselves as being constantly empowered to capture, create and share content at scale—scale of the social metrics they can see from their phone—and experience content with their phone. That’s why for us it’s a strategy that’s really at the heart of our marketing model to play creativity up.

Will there be any big revelations, like a new device or series, at the festival this year?
It’s a moment about creativity and marketing, so we will highlight that. We’re going to highlight how people can create with our phone and mobile ecosystem. Clearly when I say we’re going to do a workshop, we’re going to be a little bit more pushy than a workshop because at the end of the day we want some of our partners to also embrace our phone. The reality is that a lot of the content that is created in marketing can be created and can be captured on the Galaxy phone.