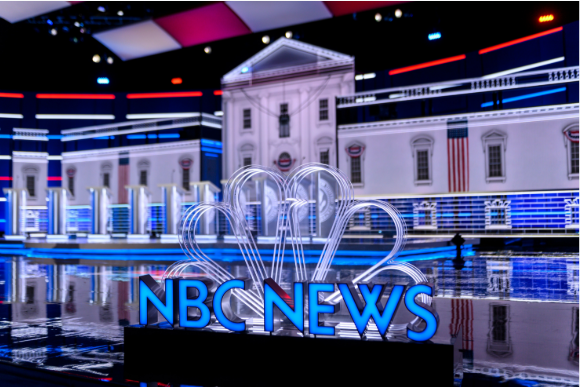 The Democrats are heading to the desert early next year.

The Democratic National Committee has announced that a Democratic presidential primary debate will be hosted by NBC News and MSNBC in partnership with the Nevada Independent on Feb. 19 from Las Vegas.

NBC News, MSNBC and Telemundo co-hosted the first debate of the cycle (June 2019 from Miami), which was the most-watched, and MSNBC hosted the most-recent one (Nov. 20) from Atlanta, which was the least watched (though the all-female moderator team did get mostly positive reviews).

This will be NBC/MSNBC’s 3rd presidential primary debate of the 2020 cycle.

The next Democratic primary debate (No. 6) will be co-hosted by PBS NewsHour and Politico one week from today (Dec. 19) on the campus of UCLA.

This NBC/MSNBC/Nevada Independent debate will take place 3 days before the Nevada caucuses, and 8 days after the New Hampshire primary.

The other debates that have been announced for 2020: