This is about more than just a wronged man seeking revenge. 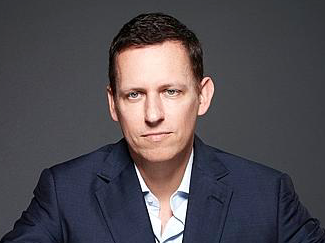 File this under You Can’t Make This Shit Up: Peter Thiel, the billionaire co-founder of PayPal and member of Facebook’s board of directors, has been bankrolling Terry “Hulk Hogan” Bollea’s lawsuits against Gawker Media. It’s an insane story. It’s also extremely unnerving.

The New York Times reports that Thiel made a secret (well, not anymore) deal with Bollea to fund his lawsuits against Gawker in a movie-villain-like search for revenge.

This all likely started back in 2007, when Gawker outed Thiel as a gay man. Gawker’s Silicon Valley gossip site Valleywag also frequently blasted Thiel. Things got so bad that Thiel once described Valleywag as “The Silicon Valley equivalent of Al Qaeda.” Valleywag’s staffers, he said, were “terrorists, not… writers or reporters.”

Bollea has so far been awarded $140 million from Gawker for publishing his sex tape. The likelihood that he actually rakes that much in is slim, but the legal costs of the ongoing trials are sinking Gawker. Thiel doesn’t really care about helping Bollea, he just wants to hurt Gawker.

Obviously Gawker is gross and yes, its day of reckoning seems to have come. Yet however you feel about Gawker should take a back seat to the frightening notion that a billionaire can take a publication down by anonymously bankrolling lawsuits that have no connection to him whatsoever.

Revenge, it seems, is a dish best served by crushing the freedom of the press.

Update (9:36 am):
Gawker has issued the following statement on Thiel’s involvement. “According to these reports, a board member of Facebook and a major funder of The Committee to Protect Journalists has been secretly funding a legal campaign against our journalists. We trust the appeals court will correct the outsized Florida jury verdict and reaffirm the law that protects a free and critical press, which is more embattled and important than ever.”