“There’s a difference between what you see on TV and what the grassroots are saying.” 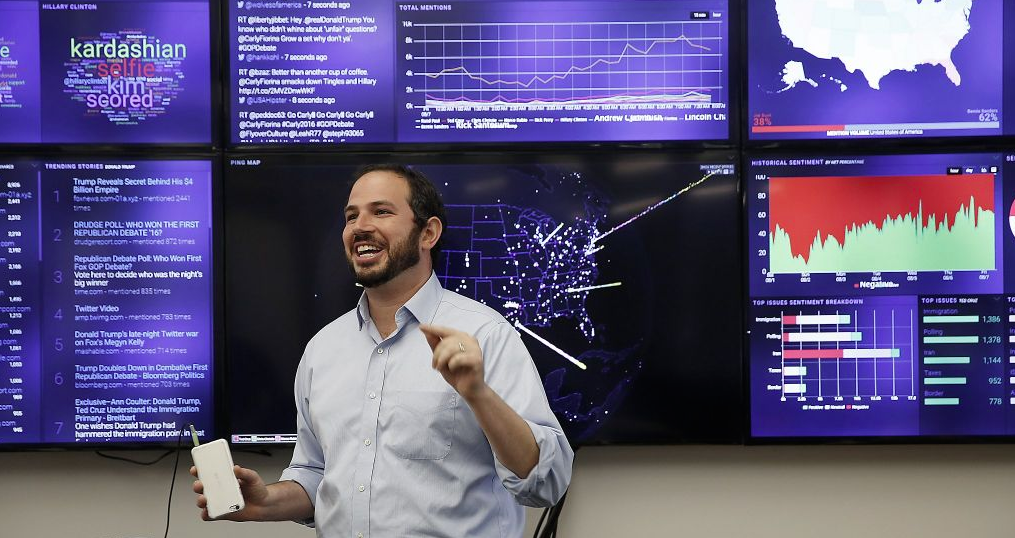 Donald Trump does not seem to be going anywhere. The demagogue has continued to ride his predictable routine all the way to the top: say something offensive, book some TV interviews and repeat.

But according to Zignal Labs, a San Fransico startup, while this formula has produced tremendous media exposure and poll success, Trump’s rise may be nothing more than a flash in the pan.

Michael Cornfield, an associate professor of political management at George Washington University, and his team have been working with Zignal on a multi-platform analysis of how data is being consumed — from traditional media to tweets, publicly available Facebook posts, broadcast TV and YouTube. What they found does not bode well for The Donald.

The data complied from 22 million recent campaign media mentions by Zignal-GW partnership — which is set to produce 30 reports by December 2016 — suggests Trump’s message is not translating into enthusiasm.

“If we were just measuring volume or share of voice, he would be off the scale,” said Cornfield. “But we found that actually getting people to talk about him, to share the URL of his website, to volunteer for him, to retweet him — he’s not doing as well.”

Zignal CEO Josh Ginsberg sees major distinctions between the type of coverage candidates are receiving and how it will ultimately affect their campaigns — specifically the contrasting attention given to Trump and Senator Ted Cruz (R-TX).

“There’s a difference between what you see on TV and what the grassroots are saying,” said Ginsberg, political director for former Gov. Arnold Schwarzenegger and national field director for Mitt Romney’s 2008 presidential campaign.

According to The Peoria Project, which uses Zignal Labs data, Cruz’s message is echoing on various platforms in more influential ways than Trump’s — something Ginsberg refers to as the “Cruz Factor.”

“So much of that is person-to-person contact. So much is what your neighbor is saying. That’s where those elections are won or lost. Not what the nightly news is saying — and that’s where Trump is winning.”

For more, go to The San Fransisco Chronicle’s website.